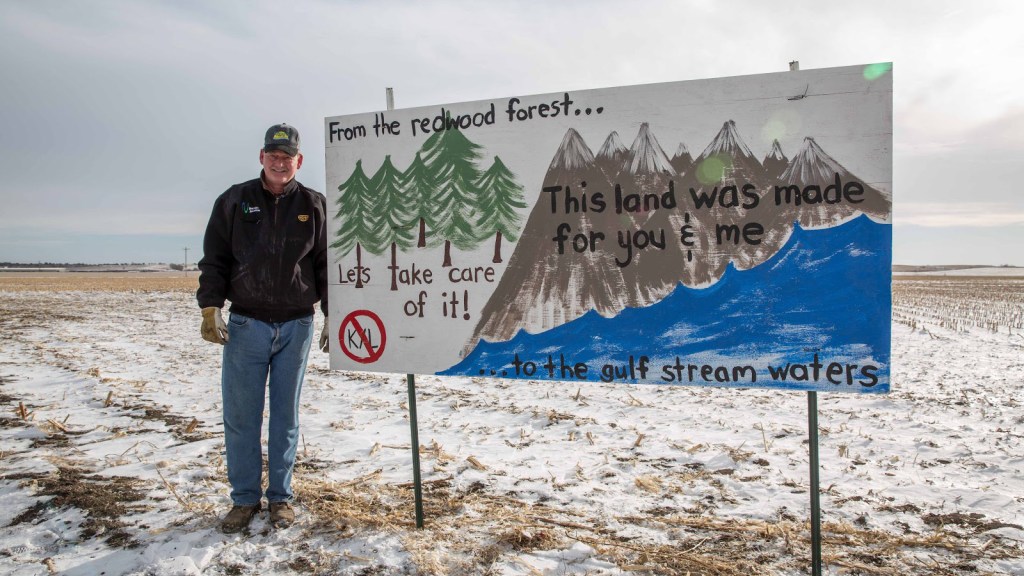 As Keystone XL’s fate is decided, activists descend on Nebraska.

The Nebraska Public Service Commission is holding hearings this week to review the proposed pipeline route through the state and to determine if it will serve the public interest.

As the hearings proceed, Native Americans, ranchers, and environmentalists who oppose the pipeline are making their voices heard. On Sunday, pipeline fighters marched through the streets of Lincoln, shutting down traffic on a dozen blocks. In late July, activists began installing solar panels along the proposed route in protest.

Nebraska approved the same route for Keystone XL in 2013, before the pipeline died under President Obama. The state’s approval process began anew after Trump revived Keystone XL earlier this year. If the route gets the OK, it will likely be challenged in court.

A few more hurdles stand in the pipeline’s way. TransCanada, the energy company behind Keystone XL, recently said it’s still weighing how much interest oil companies have in the project. TransCanada is currently attempting to clear its way of legal challenges, too.

Turns out that resurrecting pipelines from the dead isn’t so easy after all.