As new pipeline battles ramp up, the DOJ vows to prosecute activists who stop construction. - Grist 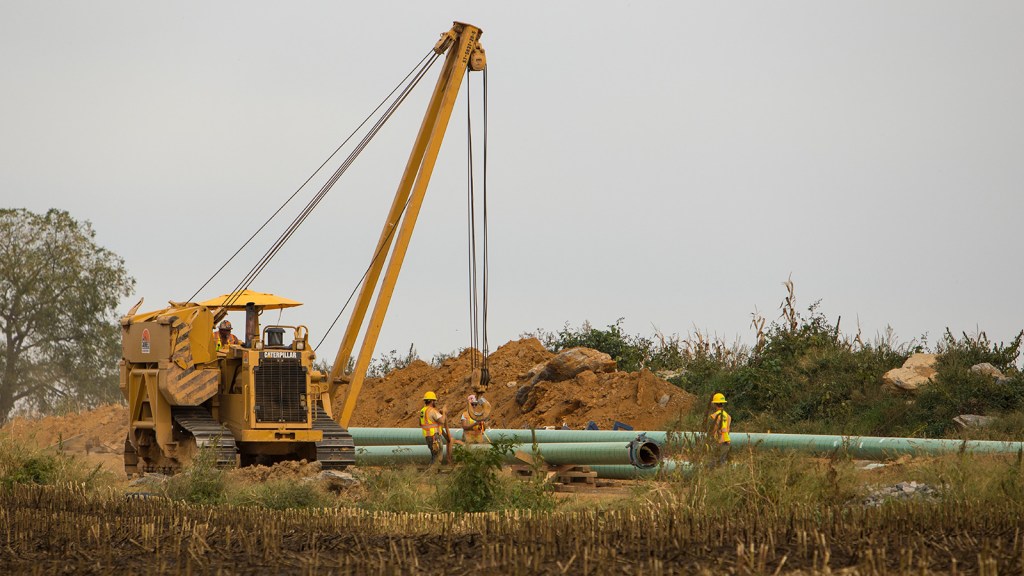 As new pipeline battles ramp up, the DOJ vows to prosecute activists who stop construction.

The Justice Department’s edict comes after 84 Congressional representatives submitted a letter to Attorney General Jeff Sessions in October asking whether it could charge protestors who damage pipelines and other energy infrastructure under domestic terrorism laws.

Meanwhile, arrests are piling up. Last month, police arrested 23 people for trespassing as they stood hand-in-hand to block the construction of the Atlantic Sunrise natural gas pipeline on land owned by a group of nuns. Activists won a brief legal victory last Monday when a court halted progress on the pipeline. But days later the U.S. Court of Appeals allowed work to restart. Both the construction and the protests are ongoing.

Across the Midwest, indigenous communities are organizing against the Line 3 Pipeline, which they say could contaminate soil and water and threaten wild rice crops on reservations. Police arrested several pipeline opponents in Wisconsin on Wednesday for holing up inside a pipe for seven hours.

“We have attended public hearings, marches, and rallies,” a Line 3 protester said in statement. “At this point we feel like the only way we can make are [sic] voices heard is by locking our bodies to the equipment.”