As the Potomac River rises, cherry trees planted along the sloped bank will drown, row by row. - Grist 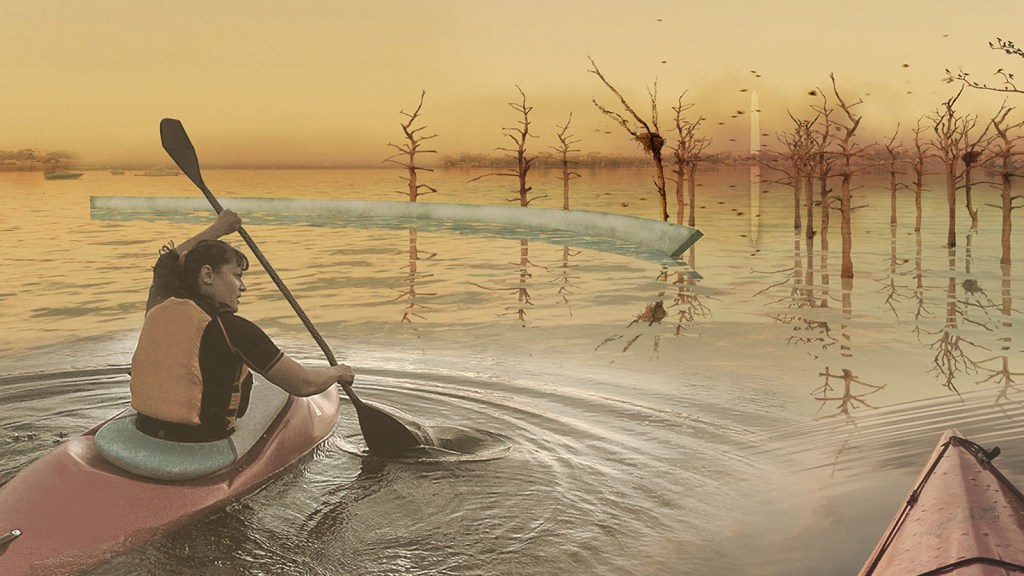 As the Potomac River rises, cherry trees planted along the sloped bank will drown, row by row.

At least, that’s the concept behind Climate Chronograph, winner of the National Park Service’s Memorials for the Future contest. It’s a stark reimagining of the modern memorial.

“Imagine a young American’s staple eighth-grade trip to Washington, D.C.,” wrote the winning design firm Azimuth’s Erik Jensen and Rebecca Sunter, “one row of inundated trees. During a college protest: three flooded rows. When she returns later in life with her children: seven rows of rampikes. … When our children and our children’s children visit, it becomes a legible demonstration of generational-paced change.”

Of course, we aren’t totally sure what will happen to the Potomac — but Climate Central projects roughly 1.2 feet of sea-level rise in Washington, D.C., by mid-century. That number goes up to four feet by 2100.

Climate Chronograph isn’t the only D.C. landmark that could be at risk: The Jefferson Memorial, Washington Navy Yard, Fort McNair, and Joint Base Anacostia-Bolling are all in danger of climate change-related flooding by 2100. Unless, that is, we do something about it.

Katie Herzog
A top environmental activist isn’t so sure about the Green Party presidential candidate’s green cred.
Got an hour to curl up with a good screen this weekend?