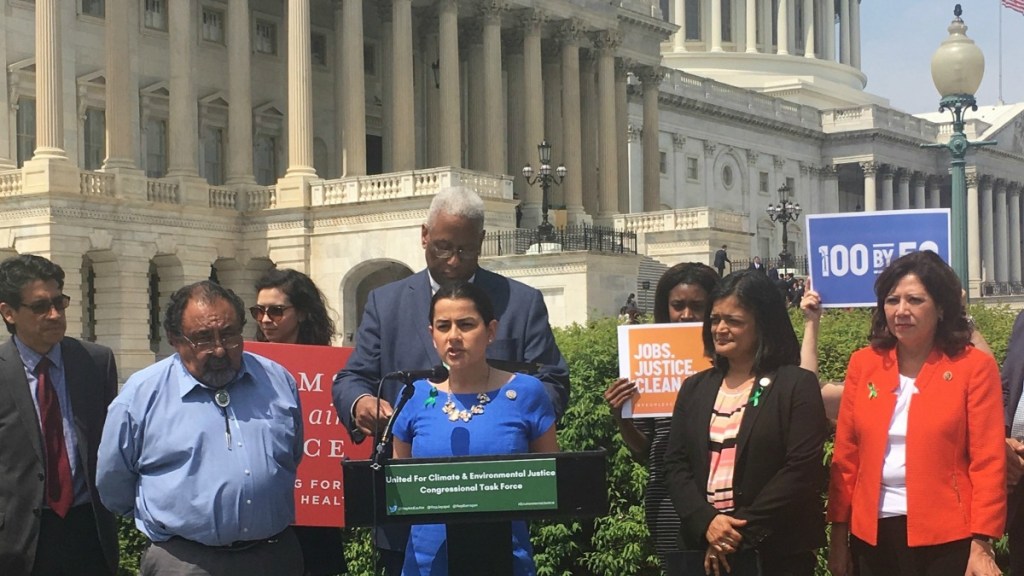 The longshot legislation proposed by the three freshman Democrats follows their cofounding in late April of the United for Climate and Environmental Justice Task Force, as well as a letter they sent to EPA Administrator Scott Pruitt last month, urging him not to erase his agency’s progress on environmental justice.

While President Trump’s proposed budget suggests crippling the EPA’s Office of Environmental Justice, one of the newly introduced bills would “officially establish” the office and arm it with $16 million annually to distribute as small grants to communities developing solutions to environmental and public health disparities.

The second bill creates essentially an environmental justice czar within the executive branch, and a third resolution implores all levels of government to increase transparency in policymaking to avoid creating environment injustices.

“These bills prioritize the protection of people in both red and blue states,” Jayapal says, “and aim to position clean air, clean water and social justice at the center of the climate fight.”

Nikhil Swaminathan
As far as these states are concerned, the Paris climate agreement is still on.
South Korea turns its back on coal and nuclear power.