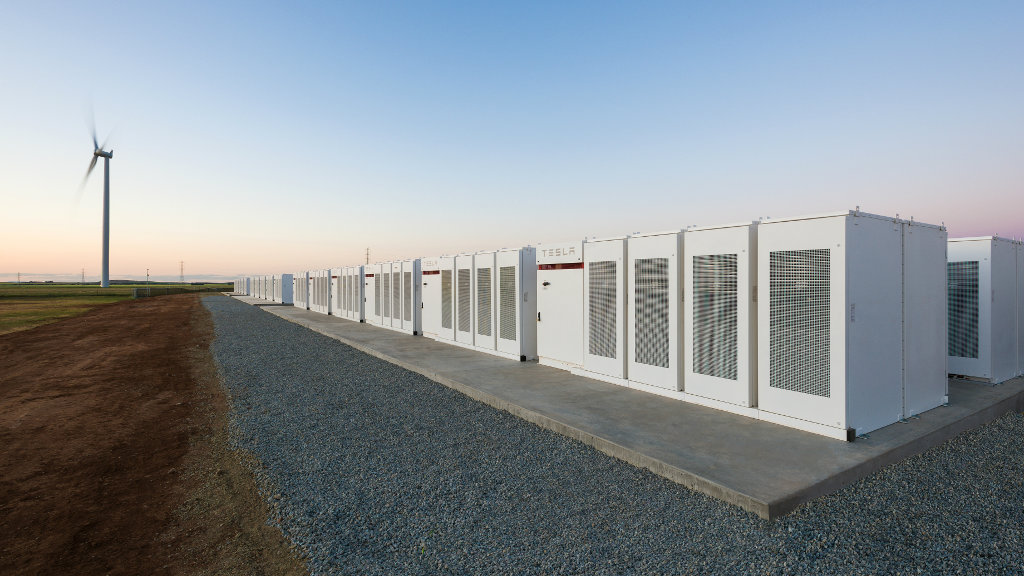 Australia just plugged the world’s biggest battery into its grid.

It’s a 100-megawatt Tesla battery installation, with enough juice to power 30,000 homes for an hour.

The battery is part of a new wind farm. It collects electrons when turbines are spinning but lights are off, then feeds them into the grid when people start flipping switches on. In this way, it’s something of a time machine — transporting energy from a present where it’s too abundant, into a future where it’s needed.

South Australia has experienced blackouts and high power prices due to the intermittent availability of power: 40 percent of the state’s electricity comes from wind. Elon Musk suggested his batteries could be a solution, then promised to have a system up and running in 100 days:

Tesla will get the system installed and working 100 days from contract signature or it is free. That serious enough for you?

The battery powered up just 63 days after the contract was signed. That’s fast, but it was not cheap: It will cost Australian taxpayers $50 million.

Whether that’s a good deal or not will depend on the price per fossil-fuel electron this thing displaces, and that depends on how efficiently it’s used. If it does end up paying for itself, we’re going to see a lot more record-breaking batteries soon.