Big business is diving into the fight over the Dakota Access Pipeline. - Grist 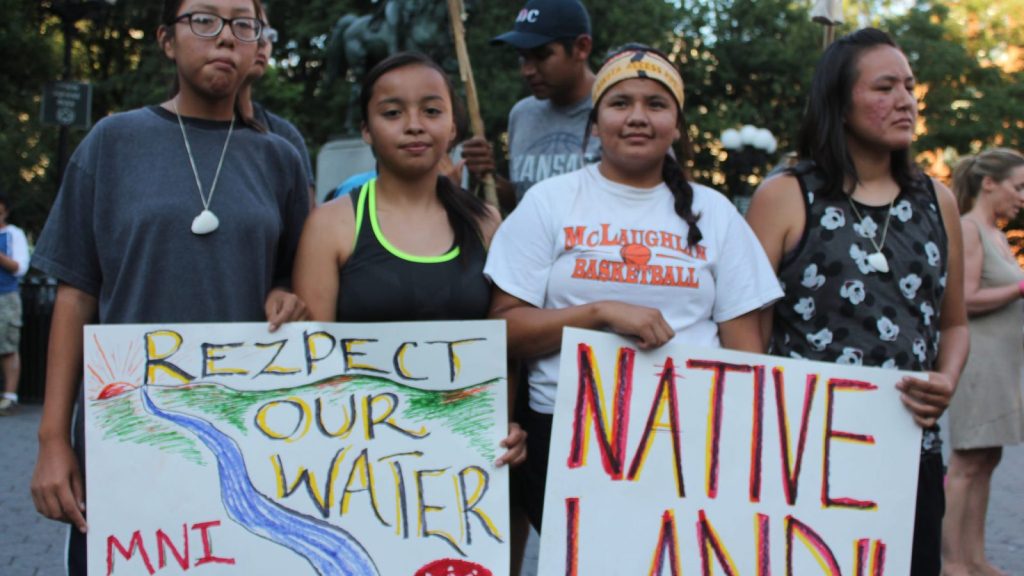 Big business is diving into the fight over the Dakota Access Pipeline.

Two pro-development lobbying groups, the National Association of Manufacturers and the Midwest Alliance for Infrastructure Now, have teamed up to launch a seven-figure ad campaign urging the Obama administration to support completion of the pipeline.

The ads point out that President Obama has called for investing in American infrastructure and argue that he should therefore support the embattled Dakota Access project, a 1,172-mile pipeline that would transport over half a million barrels of Bakken crude oil per day across the Midwest. Members of the Standing Rock Sioux Tribe and other Native Americans and environmental groups are fighting the pipeline, arguing that it threatens sacred grounds, water supplies, and the climate. (Follow Grist’s coverage of the fight here.)

The new pro-pipeline ads will appear both online and in print across national media outlets. You can see first one below.