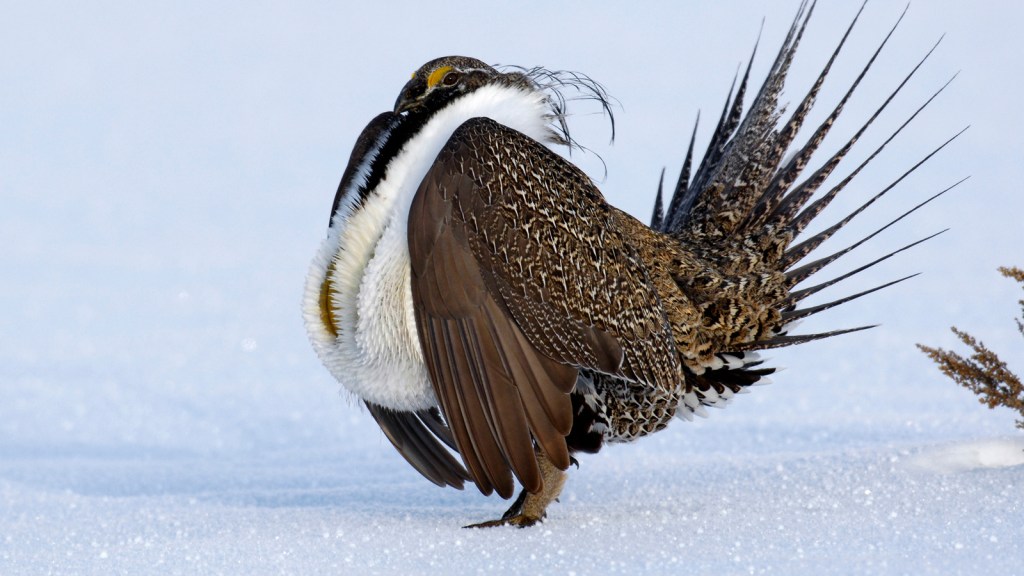 Interior Secretary Ryan Zinke announced Wednesday his department would undertake yet another review of past policy. Interior will rethink an Obama administration plan designed to protect the sage grouse, a peculiar fowl species synonymous with the West.

Sage grouse populations have declined by up to 90 percent, and the bird’s habitat has been increasingly threatened by fire and development in recent years. In 2015, the Obama administration announced a 10-state plan to limit development on some federal lands in an attempt to keep this weird li’l guy off the endangered species list, which would require more serious protection.

Republicans and the oil and gas industry, both pervasive influences in sage grouse states, were not happy. They said the plan would stifle economic development and take power from states who were capable of managing sage grouse populations.

Zinke says the 60-day review will assess the plan’s impact on energy and determine if state-driven conservation would be better. But some conservation groups, like the Audubon Society, say Obama’s plan was working.

The debate has roiled the West, but Zinke’s review indicates it’s far from over. “No party that I know doesn’t want a healthy population of sage grouse out West,” Zinke said.

Emma Foehringer Merchant
Here are 3 ways you can push for clean energy in your state.
Scientists figured out a simple way to discover what’s troubling bees.