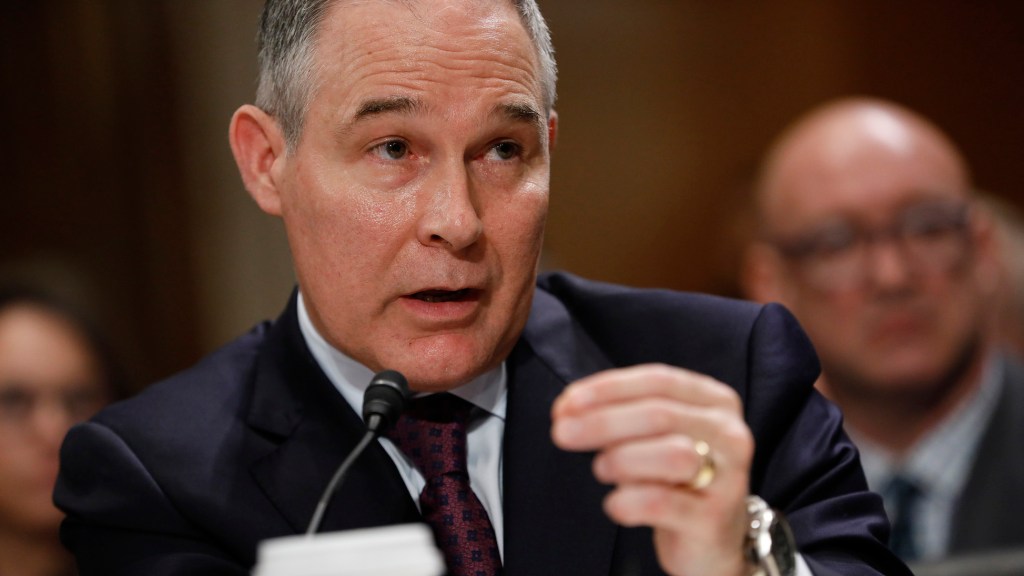 Today in the current administration pandering to fossil fuel companies: more EPA rollbacks just as emails reveal that oil interests were behind the shrinkage of Bears Ears.

The Environmental Protection Agency on Thursday announced a proposal to allow states to determine how to dispose of coal ash. In 2015, the Obama administration tried, albeit meekly, to regulate coal ash, the toxic waste left behind from burning coal.

And The New York Times confirmed suspicions that oil and gas exploration was a motive behind lopping off 2 million acres of land from the Bears Ears National Monument. The Times obtained thousands of emails and memos documenting the discussion between the Trump administration and fossil fuel interests.

“Please see attached for a shapefile and pdf of a map depicting a boundary change for the southeast portion of the Bears Ears monument,” an email from Utah Senator Orrin Hatch’s office read on March 15. Redrawing the lines according to the map would, “resolve all known mineral conflicts.” Bears Ears’ new borders open up nearly all the oil and gas sites drawn out on the map.