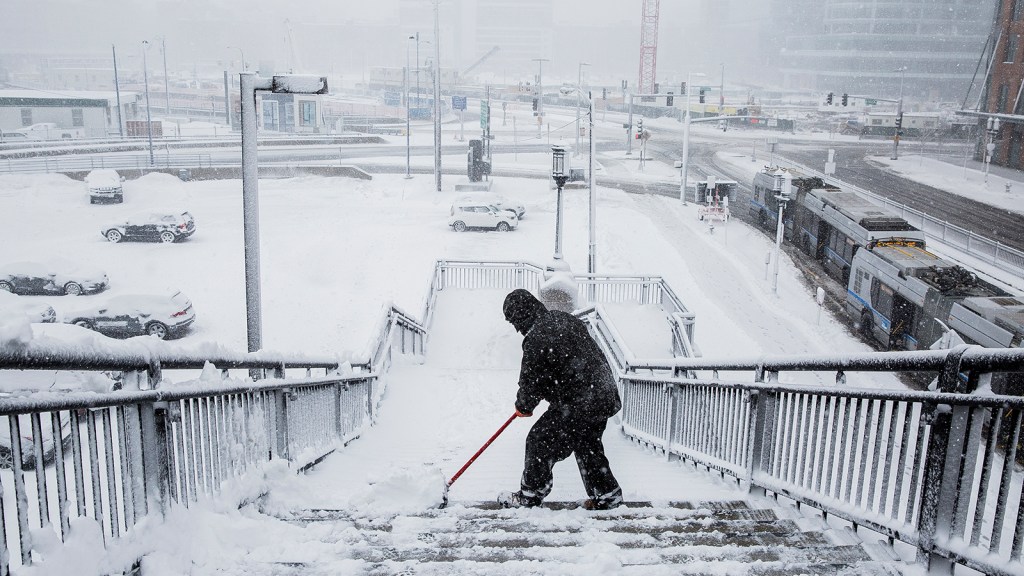 Blame the Arctic for your wild winter weather, New Yorkers.

There’s new evidence out this week that disruptions in the Arctic linked to climate change are fueling severe winter weather along the East Coast, especially during February and March.

This year certainly fits the bill. Back-to-back-to-back nor’easters have pummeled the Northeast in recent weeks, dropping nearly 100 inches of snow in Vermont and roughly double that in parts of western Pennsylvania and New York State.

The study, published in the journal Nature, adds more support to scientists claiming that what happens in the Arctic doesn’t stay in the Arctic. It finds that “when the Arctic is warm both cold temperatures and heavy snowfall are more frequent” in the eastern United States. That squares with strong evidence that nor’easters are getting worse, bringing more coastal flooding and more snow.

The broader context, though, shows that even while big snowstorms during the late winter are getting increasingly common in the Northeast, there’s no trend toward more total snowfall over the full winter season. Winter is the fastest-warming season, and it’s likely that in many places, especially the deep south and mid-Atlantic, what would have been small snowstorms a few decades ago now fall as rain. In Arkansas, Tennessee, and North Carolina, snow totals have plunged by more than 50 percent over the past 30 years.

Eric Holthaus
EPA’s new environmental justice adviser is not down with its coal ash plan.
The Department of Interior had a no good, very embarrassing week.