Buckle up, Trump: The kids’ climate change suit is cleared for trial. - Grist 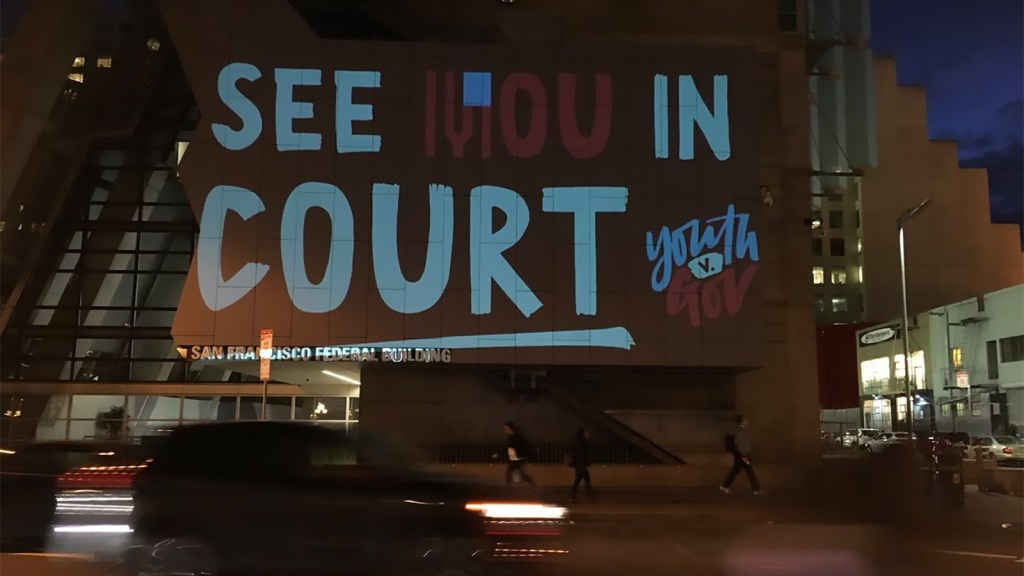 Buckle up, Trump: The kids’ climate change suit is cleared for trial.

Twenty-one young people are suing a slew of federal agencies in an attempt to force them to act on climate change. On Wednesday, the San Francisco–based Court of Appeals for the 9th Circuit dashed the Trump administration’s hopes of dismissing the suit, ruling in favor of the kids. (Applause.)

Juliana v. United States was filed in an Oregon federal court in August 2015. Three years later, the group of 10-to-21-years-olds are still waiting for the government to answer to their allegations that politicians have a constitutional duty to protect children against the negative effects of climate change.

The suit was slowed down last June, when the White House issued a weird bit of legalese called a writ of mandamus petition. It argued that the “process of discovery,” aka finding documents and interviewing people, was too burdensome. Well, you know what else is burdensome? Climate change. The court unanimously voted Wednesday to let the case proceed to a lower court in Oregon.

It’s not the only case putting institutions on trial for their role in contributing to climate change. Last week, a judge ruled that plaintiffs can sue oil companies in federal court.

Zoya Teirstein
Kansas farmers tried cutting water use, and guess what? They saved money.
The EPA is riddled with conflicts of interest, according to new analysis.