Business interests are winning out over science under Trump. - Grist 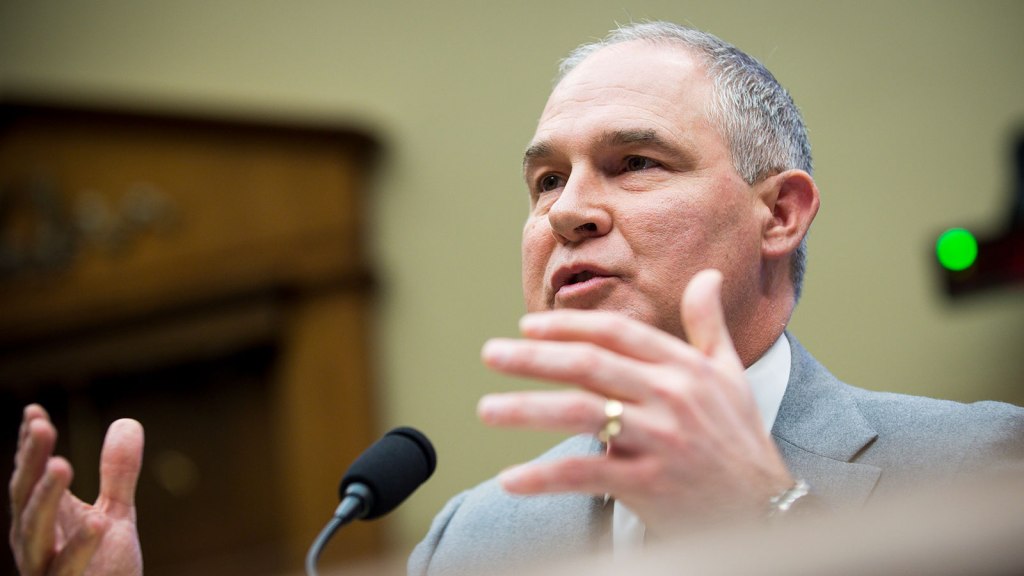 Business interests are winning out over science under Trump.

A new report from the Union of Concerned Scientists details how science advisory committees have gone by the wayside in the first year of Trump’s presidency.

Federal science advisory committees met fewer times in 2017 than in any year since the government started tracking them in 1997. Fewer experts serve on these committees at the Department of Energy, Department of Commerce, and the EPA than at any time in the past 20 years.

Some related news: In an interview with CBS correspondent Major Garrett, EPA Administrator Scott Pruitt said he wants to “partner” with industry. When asked whether his philosophy was to protect the environment or protect business, Pruitt responded, “Well, it’s neither.” That’s coming from the head of the Environmental Protection Agency, folks.

Meanwhile, a photographer for the Department of Energy alleges he was fired for taking this photo of Secretary Rick Perry in a warm embrace with coal baron Robert E. Murray.

“Federal agencies are supposed to consider the evidence when they’re making policy decisions that impact all of us,” Genna Reed, lead author of the Union of Concerned Scientists’ report, said in a statement. “We can’t afford to let these policies be based purely on politics or lobbying by powerful industries.”