California is getting soaked right now, but farmland is still sinking due to lack of water. - Grist 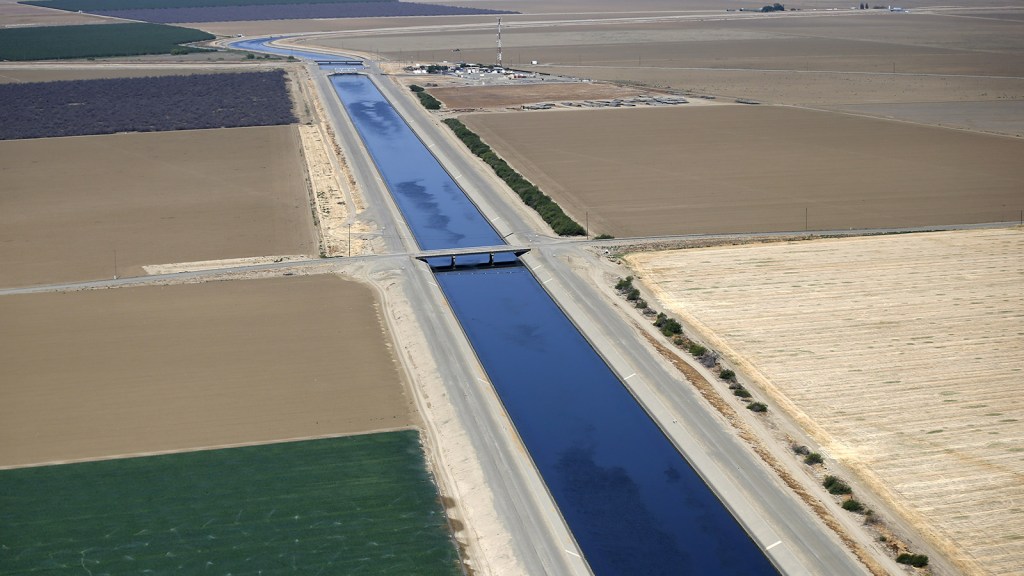 California is getting soaked right now, but farmland is still sinking due to lack of water.

A NASA report released Wednesday found that land in one of California’s most productive agricultural regions continues to subside rapidly because of heavy groundwater pumping.

For decades, and especially during the last five years of drought, growers have relied on pumping water from the ground when surface water wasn’t available. A 2015 report found that the San Joaquin Valley experienced record rates of ground sinkage due to pumping. Now, according to NASA’s new report, it’s gotten worse in some areas.

While the state’s surface water drought is fading, with precipitation over 200 percent of normal for this time of year in some places, the recent years of low rain will have lasting effects. Ground sink can trigger a vicious cycle of other problems by changing stream flows and causing water infrastructure damage.

That’s starting to happen, but it’s not an easy task. “[W]e’ve been living off borrowed water,” Jeffrey Mount of the Public Policy Institute of California said recently. “No one has a clear vision for how to do this. We only know that we have to.”

Emma Foehringer Merchant
Protests erupted across the nation in an 11th-hour effort to stop the Dakota Access Pipeline.
Will Bill Nye’s Netflix show actually save the world? I mean, we’ll take anything right now.