California is not playing around with climate action. - Grist 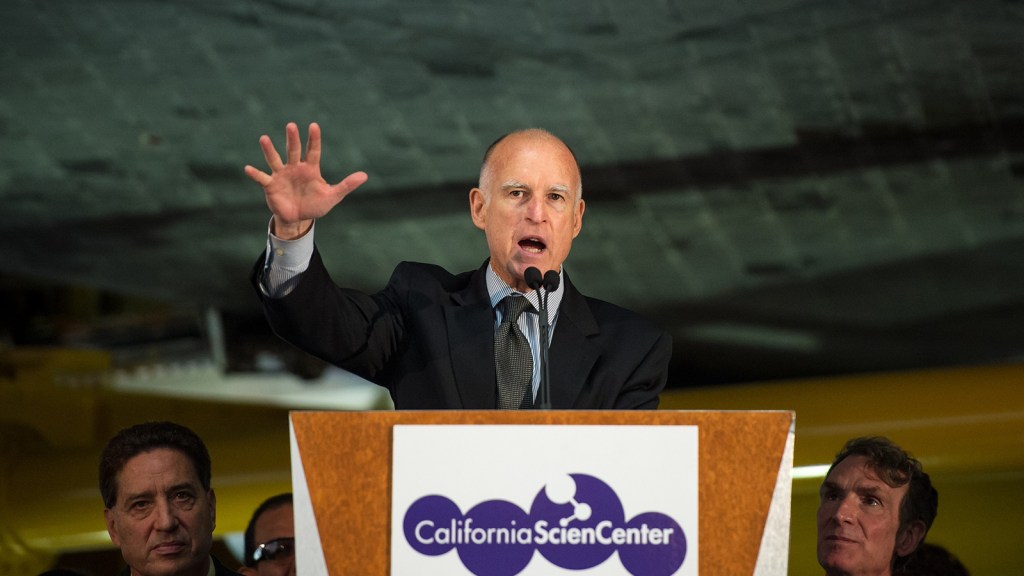 California is not playing around with climate action.

In a New York Times interview this week, Gov. Jerry Brown doubled down on earlier promises to advance the state’s bold climate policies regardless of anti-science, pro–fossil fuel rhetoric in Washington.

Astonishingly, he found a semi-bright side to the Trump election:

Mr. Brown, in the interview, called Mr. Trump’s election a setback for the climate movement, but predicted that it would be fleeting.

“In a paradoxical way, it could speed up the efforts of leaders in the world to take climate change seriously,” he said. “The shock of official congressional and presidential denial will reverberate through the world.”