California is preparing for a weekend of wintertime wildfires. - Grist

'tis NOT the season 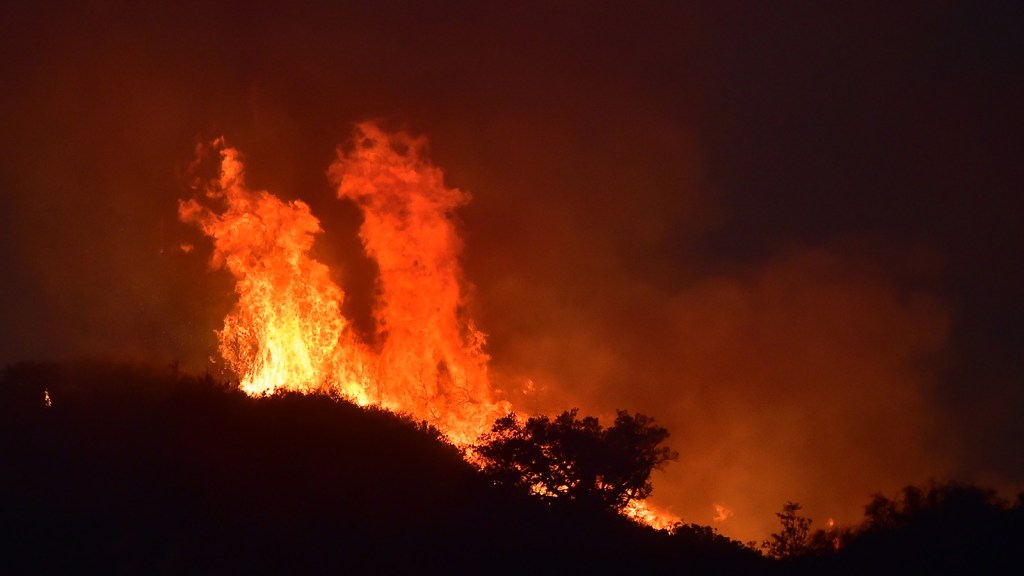 California is preparing for a weekend of wintertime wildfires.

That’s weird, because the state is technically in the middle of its rainy season right now.

The last few weeks have seen devastating fires in Southern California. Now forecasts show extreme fire risk extending north to the Bay Area, where rainfall has been less than 25 percent of normal since mid-September. According to the National Weather Service, “any fires that develop will likely spread rapidly.”

In Santa Barbara, about 100 miles northwest of Los Angeles, conditions are even more dire. The Thomas fire, now the fourth largest fire in state history, has already consumed more than 250,000 acres — an area nearly the size of L.A. itself. The current forecast shows at least three major wind events in the next week, which could fan the flames even further.

Smoke from the fire has turned the skies orange and caused air quality to plummet, prompting surreal scenes of surfers donning gas masks.

Southern California hasn’t received significant rainfall in more than 250 days. It’s now the 12th consecutive day for extreme fire conditions — an all-time record for any time of the year. That all this is happening in December, during what is normally the peak of the rainy season, is truly remarkable.