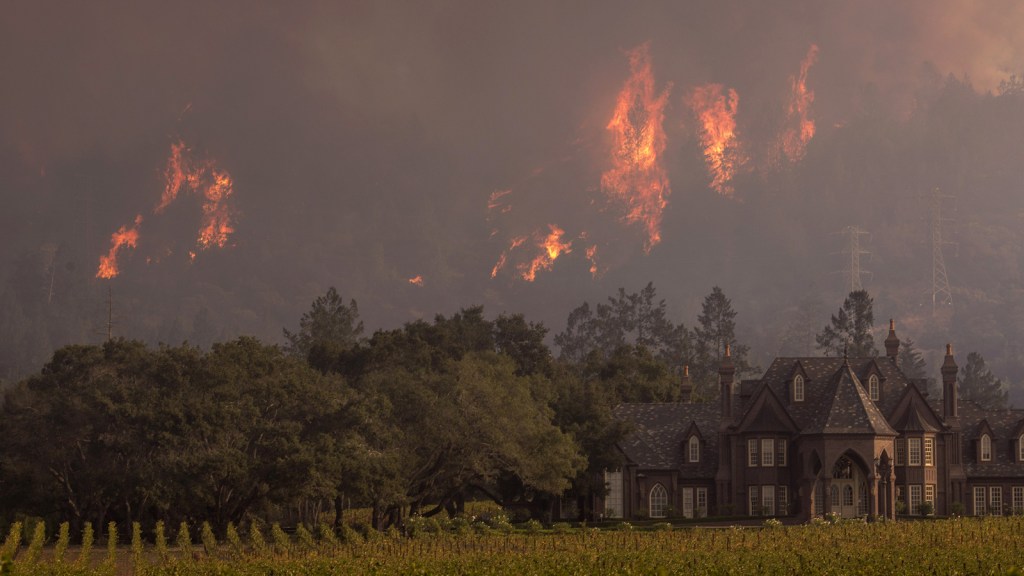 While many homeowners in Sonoma and Napa Counties are returning to pick up the pieces after the deadliest blazes in state history, an estimated 32,000 undocumented immigrants — a majority of workers employed by the wine industry — might not come back.

Fear of deportation has kept immigrant workers and families from seeking shelter in evacuation centers, with some choosing to camp outside or sleep in their cars with their children. Fire officials are still working to stem rumors that immigrants could be detained by Immigrations and Customs Enforcement for seeking refuge.

The wildfires in Northern California have put some undocumented immigrants in a tough spot. pic.twitter.com/K5TOqjCu32

Undocumented immigrants aren’t eligible for FEMA assistance, unemployment benefits, or welfare. Add to that, housing is already pricey in the region. A two-bedroom apartment rents for $1600 a month. An agricultural worker might earn just $2,400 a month, meaning these laborers might simply move on.

A shortage of immigrant workers in construction is also expected to slow rebuilding, Robbie Hunter of the Building and Construction Trades Council of California told the Sacramento Bee. “There is a shortage of people willing to work for less than minimum wage,” he said. “And that’s the workforce that has largely been building residential projects.”