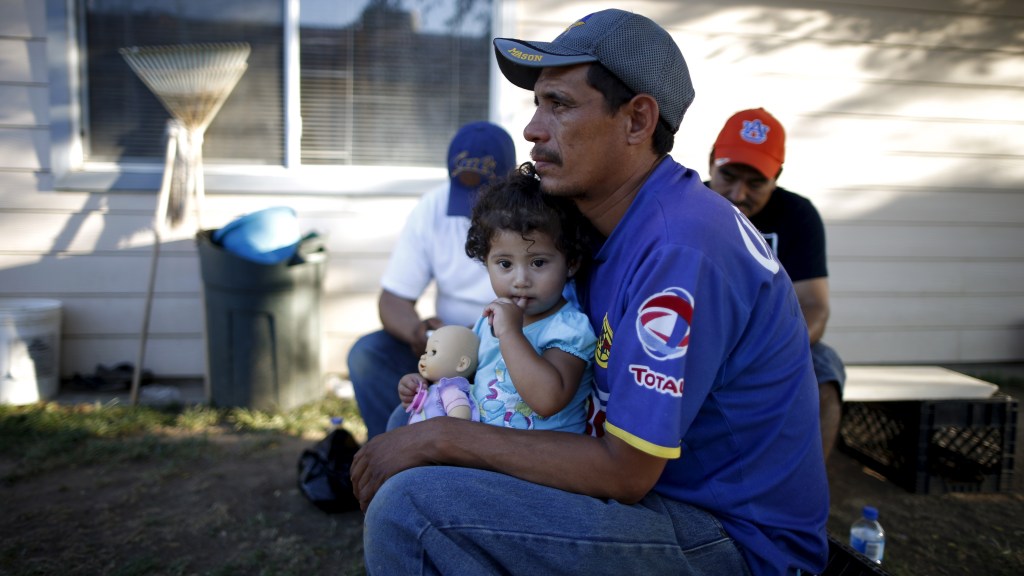 A report released this week by the Pacific Institute and the Environmental Justice Coalition for Water found that “low-income households, people of color, and communities already burdened with environmental pollution” have suffered the most from the five-year dry spell.

The long-running drought has hit people across the state in various ways, leading some to put off washing their cars and forcing others to decide between paying their rent or their water bill. But the report lays out how some have shouldered more of the burden:

The report offers up a list of recommendations to ease the burden. They suggest creating statewide standards to measure and resolve water supply problems, ending surcharges for basic water use, and protecting salmon habitats.

Aura Bogado
Trump might bring a Kennedy into his administration. Too bad it’s the nutty one.
In his farewell address, Obama called on Americans to face the facts about climate change.