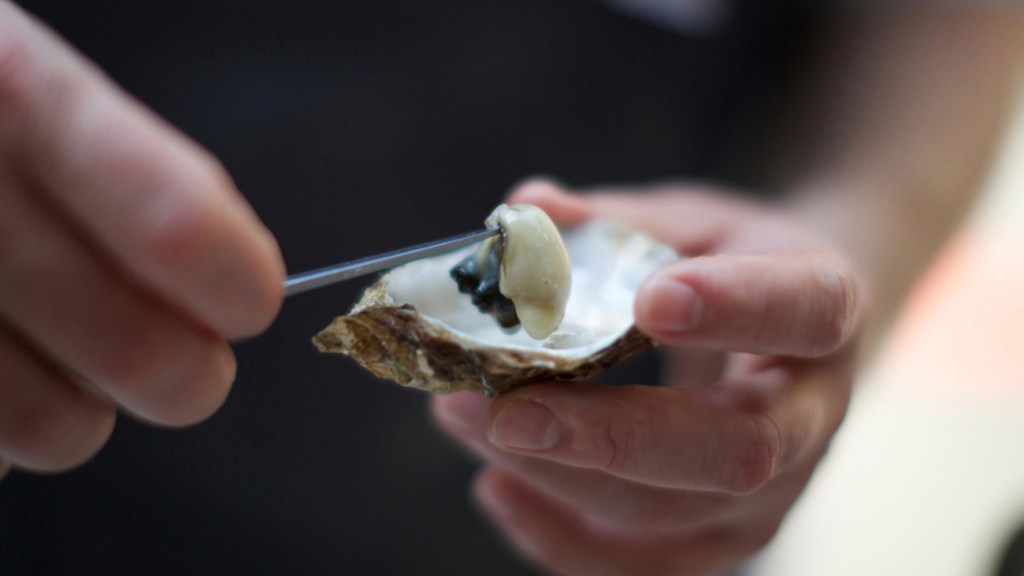 That’s what the city is hoping. Oysters were once prevalent in New York Harbor, before dredging and pollution killed them off — too bad, because oysters bring a lot of environmental benefits, like cleaner water and less dangerous storm surges.

The NYC Department of Environmental Protection is working to restore the city’s oyster beds by seeding thousands of larvae over artificial reefs. Those artificial reefs are made up of truckloads of oyster and clam shells, as well as “tiny pieces of porcelain that have been recycled from nearly 5,000 toilets from New York City’s public schools,” according to a New York Times feature on the effort.

Where on Earth did they get all those extra toilets? The city has been upgrading school bathrooms with more water-efficient models, and it turns out porcelain makes a fine oyster bed. Win-win!

Now, with the Billion Oyster Project (you may remember them from the Grist 50) and grants from the Department of Interior and EPA, New York City is deploying its biggest oyster restoration project to date in Jamaica Bay — a wetlands in Queens that Grist recently dubbed “our era’s iconic national park,” for its remarkable, but threatened, biodiversity.

Here’s hoping oysters can help from their new giant toilet bowl of a home.

Ben Adler
The number of coal-fired power plants under development saw a big hit in the first half of 2016.
Morocco will create 600 environmentally friendly mosques by 2019.