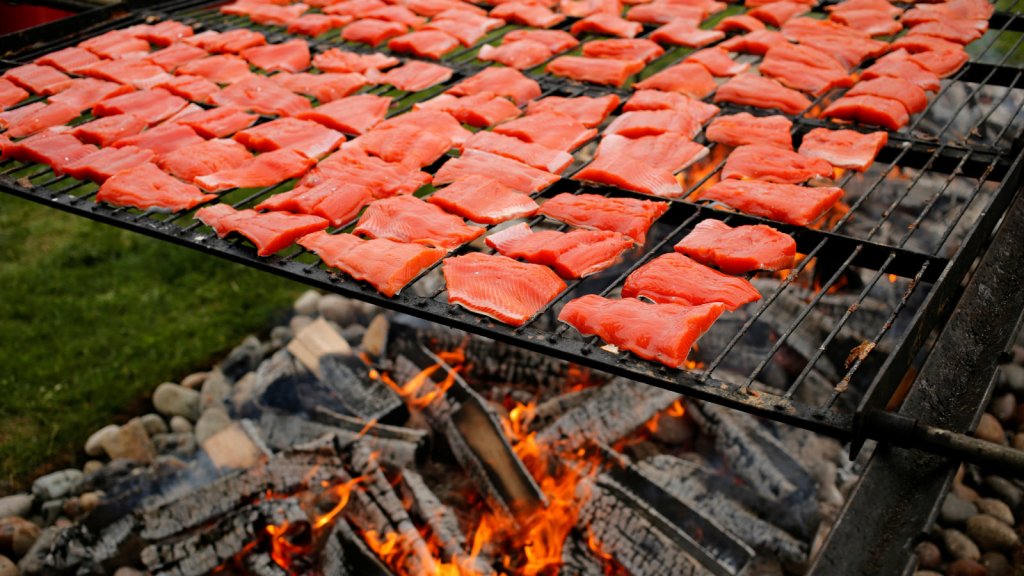 The news has alarmed anti-GMO groups, who point out that Drake’s people may not have known they were buying genetically engineered fish.

“The company did not disclose where the GM salmon fillets were sold or for what purpose, and we’re shocked to discover that they’ve entered the market at this time,” Lucy Sharratt of Canadian Biotechnology Action Network told the Guardian.

AquAdvantage salmon, which hit the market just this year, has drawn the interest of environmentalists because it requires much less feed than conventional salmon. It’s also raised in tanks on land, which reduces many of the problems with fish farming.

That’s because these fish are bred with a gene from a Chinook salmon and a growth promoter from an ocean pout (which is also a fish, not a seapunk band). The combination of the two allows the fish to grow more than twice as fast as other farmed salmon.

Companies are often scared to label foods with genetically engineered ingredients, but I’ve argued that labeling is in the best interest of both businesses and consumers.

Nathanael Johnson
A Swiss town wants to save their local glacier with artificial snow.
The coal industry is still declining, so Trump is considering a bailout.