Cherry blossoms are just one more sign our planet is out of whack. - Grist 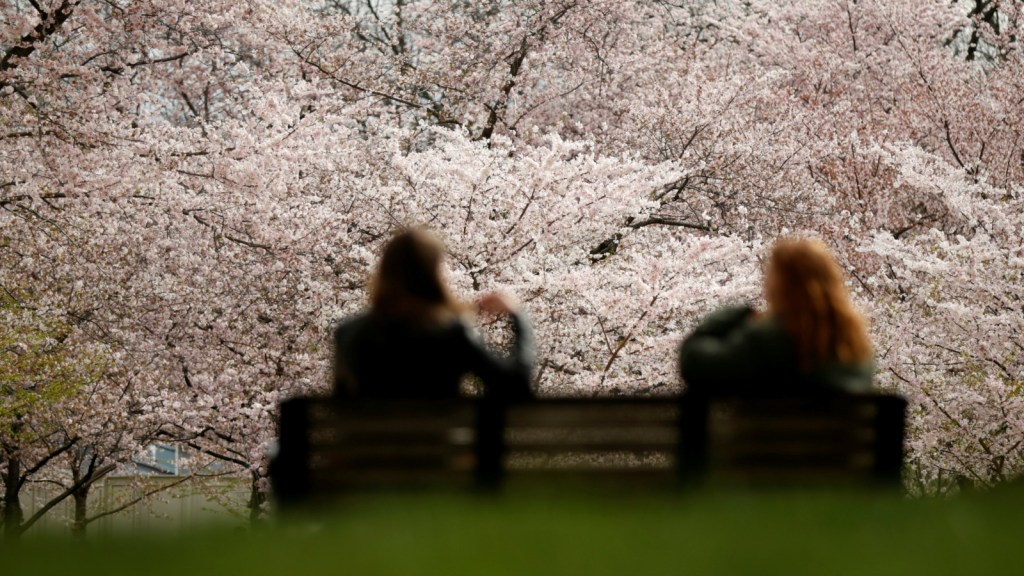 Cherry blossoms are just one more sign our planet is out of whack.

You don’t need fancy equipment to see that the climate is changing. Sometimes, it’s as simple as observing what’s happening outside, keeping track of when the cherry trees bloom year after year.

In Kyoto, Japan, people have been doing just that for more than 1,000 years. The trees used to bloom like clockwork around April 17 each year — until 1850, when warming temperatures started to push the flowering date earlier and earlier to its current average, April 6.

Cherry blossoms on the other side of the globe, in Washington, D.C., tell a similar tale. Since 1921, when the National Park Service began keeping records, peak bloom has moved back five days.

Spring weather has become more erratic, too, leaving these early blooms susceptible to cold snaps. This year, late spring frost killed off 50 percent of the blooms of one cherry variety in D.C.

You could say that their untimely arrival was … not so pretty in pink.

Kate Yoder
A Republican governor has nixed fracking in Maryland.
A coal company just abandoned plans to ruin a river and a bunch of people’s lives in Alaska.