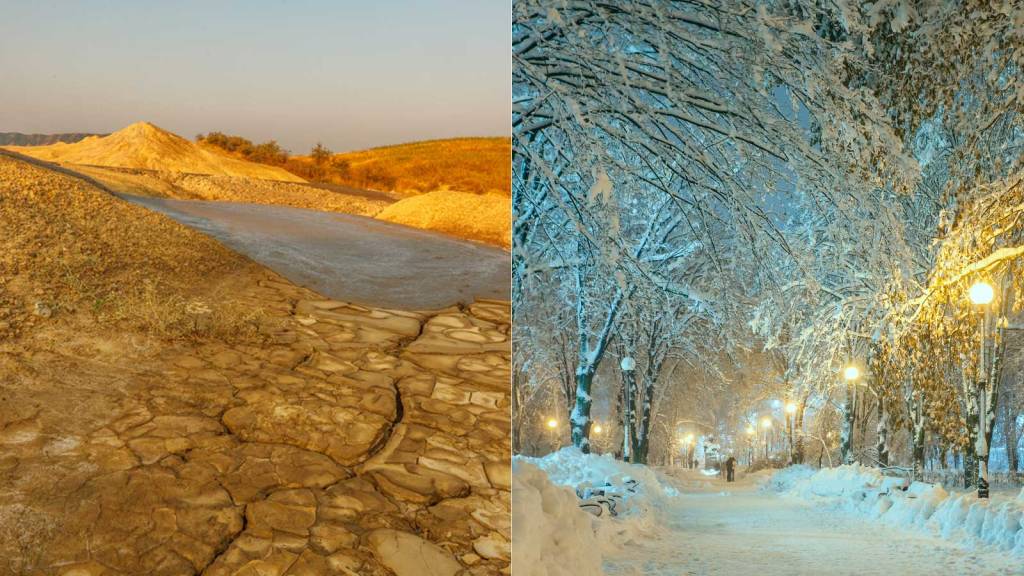 “Look at all this snow.”

Well, a new study from Stanford confirms that those hell-frozen-over winters are part of global warming, too.

Researchers looked at how the past couple of winters have left the eastern U.S. trapped under a thick lid of ice while the West basks in the warm sun of an increasingly desperate drought, and found that this pattern is becoming more common. In the last 35 years, the difference in winter temperature between the two coasts has gotten bigger and bigger in the U.S. — and the winters of 2013 and 2014 saw the biggest difference of all.

The thinking is that as the Arctic warms — quickly, alarmingly — the jet stream that stabilizes the planets climate could be slowing down. And as it slows, like a wobbly top, it spins more erratically. This sends loops of cold air down over North America, and traps other areas (cough, California) under high-pressure, low-rain systems.

It’s just another reminder that while on average, the planet is warming, climate change is an exercise in extremes. July might have been the hottest month on record, but that doesn’t mean your neighborhood hell won’t freeze over again.

Amelia Urry
Turns out “toxic masculinity” isn’t just a threat to your dating life, but also the planet.
Heads up, Catholics: Pope Francis says caring for the environment is your Christian duty.