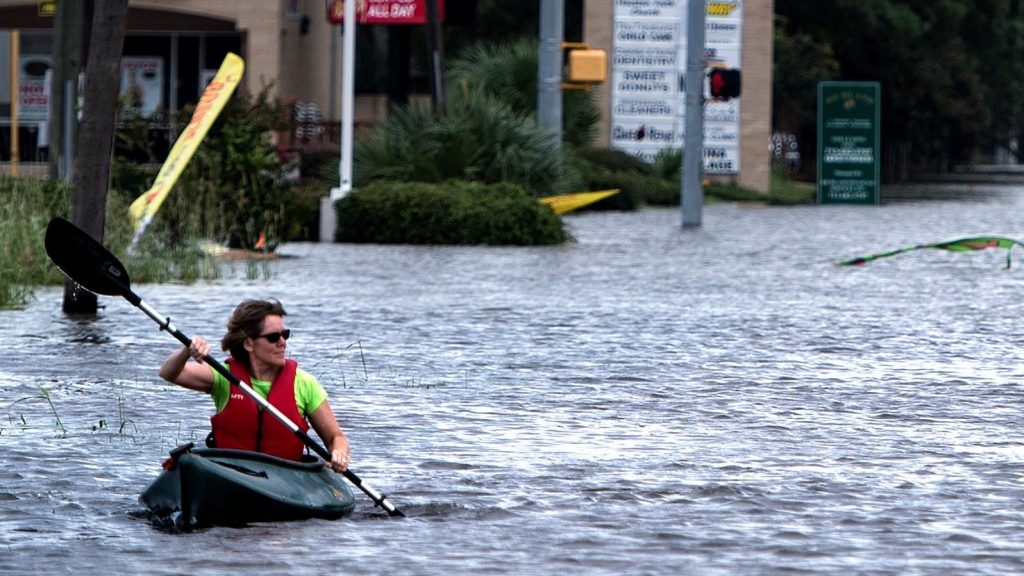 Texas is still recovering from Harvey, a Category 4 storm that dumped 60 inches of rain over parts of the state. Researchers are already trying to determine the likelihood of a comparable disaster happening again.

A report published in the Proceedings of the National Academy of Sciences says that storms that hit Texas with more than 20 inches of rain are six times more likely now than they were at the end of the 20th century, when the chance of such a hurricane hitting Texas in a given year was 1 in 100.

While climate change may not have directly caused Hurricane Harvey, a warmer climate exacerbates hurricanes by allowing them to retain more moisture and move more slowly. That means hurricanes release larger amounts of water while they hang around for longer periods of time. Case in point: Hurricane Harvey came ashore and slow-churned for three days, wreaking havoc on Houston and surrounding areas.

In a little over 50 years, if global warming continues as projected, the chances of a Harvey-esque storm dumping 20 inches of rain on Texas will jump to roughly 1 in 5.5.