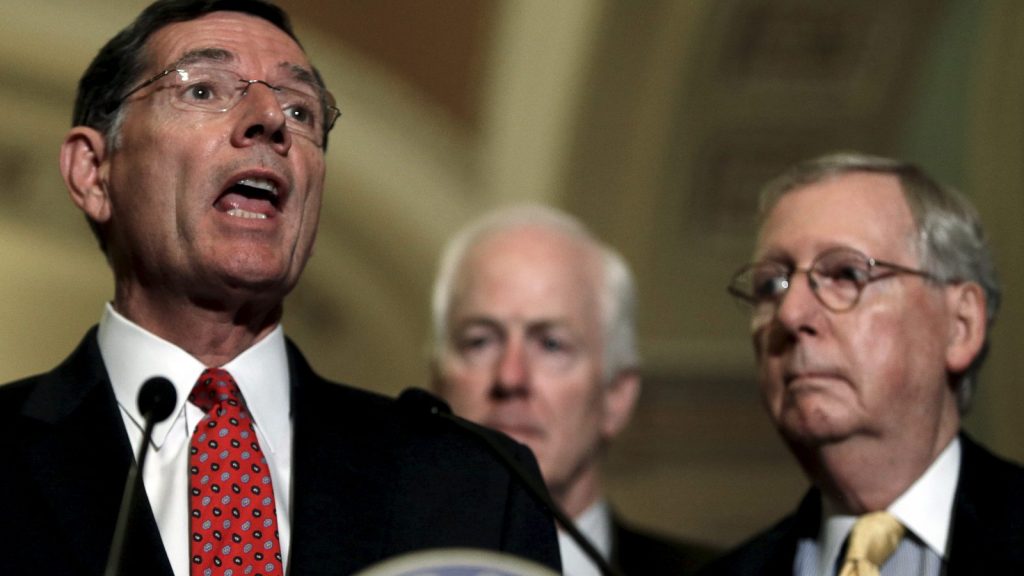 Inhofe, who is reaching his term limit as committee chair, is a climate change denier who once threw a snowball on the floor of the Senate in an attempt to prove that climate change isn’t real.

Barrasso is not likely to be much more of an advocate for the environment than his predecessor: He has voted against nearly every pro-planet bill since joining the Senate in 2007, earning a lifetime League of Conservation Voters score of 9 percent (Inhofe scored 5 percent).

Barrasso isn’t alone in his climate denial: President-elect Trump, who has said climate change is a hoax created by the Chinese, is the only world leader to not accept the science on climate change.

Katie Herzog
The Department of Interior finalized a new rule to limit methane leakage on federal and Native American land.
It’s a pretty good time to catch up on your environmental justice reading.