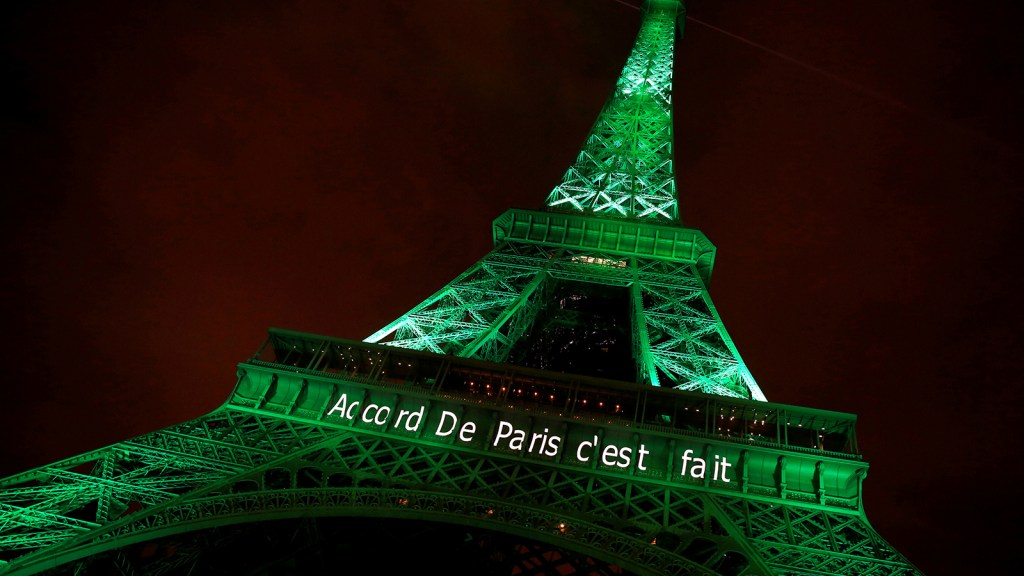 Starting Monday, diplomats will meet in Bonn, Germany, to roll up their sleeves and work on the nitty-gritty of how the world will actually go about achieving climate commitments set out in Paris. During the 10-day meeting, negotiators plan to sketch out implementation rules.

This meeting sets up the process for the 144 countries in the agreement to assess progress, consider ratcheting up action, and readjust expectations. Much like during last year’s Morocco talks, Trump will likely weigh heavy on the minds of those present. While negotiators discuss wonky procedures and rules, Trump’s team will be mulling whether the United States will even participate in the deal.

The White House is reportedly set to have another Paris meeting on Tuesday, but U.S. negotiators will attend the talks in Germany. Secretary of State Rex Tillerson has said he hopes to keep “a seat at the table” in negotiations. Whether the U.S. will ask to be excused is still up in the air.

Emma Foehringer Merchant
There’s a 25 percent chance your water system violated the Safe Drinking Water Act.
To save the honey bee, researchers are turning to mushrooms.