Climate skeptics and climate deniers are not the same thing, science says. - Grist 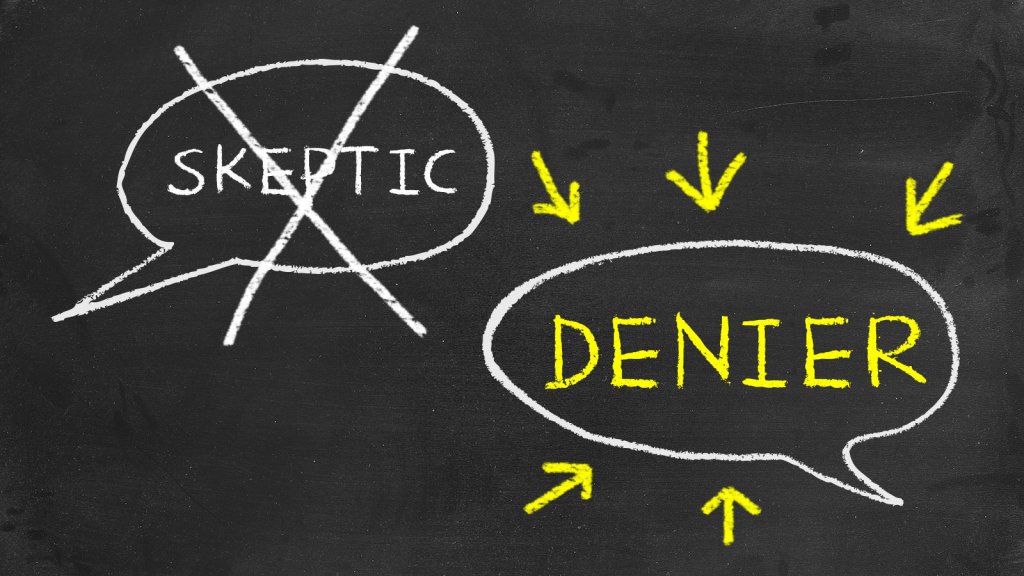 Climate skeptics and climate deniers are not the same thing, science says.

In an open-access Journal of Social and Political Psychology paper published this month, four co-authors — including climate scientist Michael Mann and cognitive scientist Stephan Lewandowsky — explain the distinction for us: One type is curious about scientific inquiry, respects the peer-review process, and shows a willingness to engage with reality; the other is politically motivated to blindly reject facts.

It’s kind of like the difference between the guy you dumped sending a respectful email to figure out why and the one who keeps showing up at all your favorite bars to hold your hand.

“People who deny scientific facts that they find challenging or unacceptable, by contrast, are by and large not skeptics,” the study’s authors write. “On the contrary, they demonstrably shy away from scientific debate by avoiding the submission of their ideas to peer review.”

While skeptics work with the system to critique and correct research, deniers gravitate to outside institutions meant “to stifle, rather than promote, scientific debate.”

The distinction between the two tends to be lost on media types, who use the terms interchangeably — or make up new, meaningless phrases, like the Associated Press’ “climate doubter” invention.

True deniers, like House Science Chair Lamar Smith, say they prefer the term “skeptic” or “semi-skeptic.” But it’s hard to imagine someone who’s simply skeptical subpoenaing climate scientists for doing their jobs or attorneys general he disagrees with.

Rebecca Leber
Citizen scientists are taking it upon themselves to confront America’s lead problem.
Donald Trump has said wrong things about pretty much every -ology there is.