#ClimateFacts is the best thing on Twitter today. - Grist 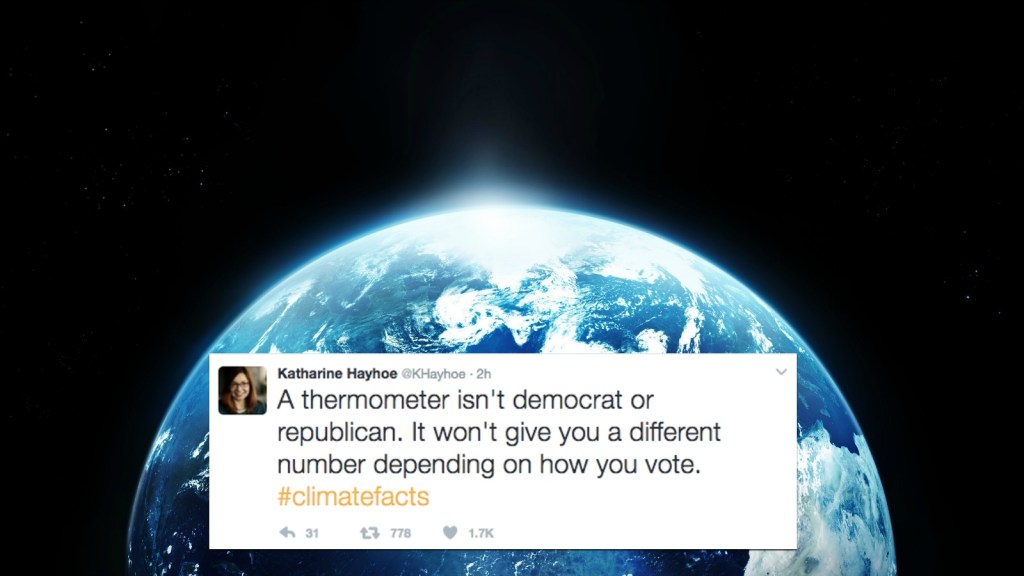 With fake news and “alternative facts” making their way into the zeitgeist, the truth is more difficult than ever to discern in 2017. But that didn’t stop climate hawks across the internet from coming together today to drop some major truth bombs.

The day of resistance came in response to President Trump’s assault on the EPA, a gag order on social media messages coming for government agencies, and a directive from the administration that all science studies undergo “review” by political staff before public release.

97% of scientists agree climate change is real and that it’s caused by human activity. Denying science is no longer an option. #climatefacts

#ClimateChange is real. Scientists agree. Get the facts. #climatefacts https://t.co/OsSxAJ6cdV

Since Twitter is Trump’s preferred method of communication, maybe he’ll stumble across some #ClimateFacts tweets and learn something? Crazier things have happened.