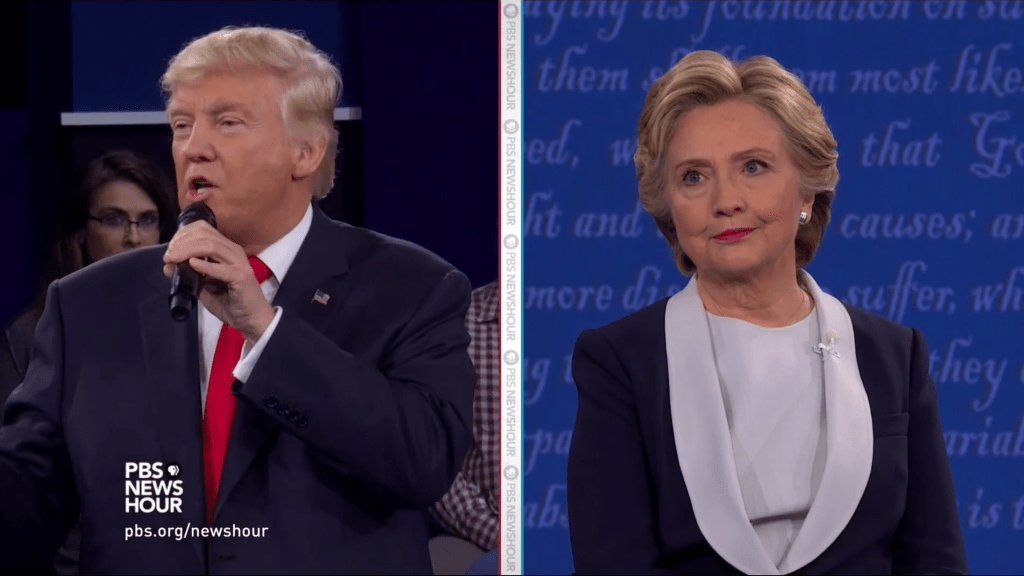 The majority of Sunday’s presidential debate involved the candidates trading blows on tax returns, Donald Trump’s so-called “locker room talk” about assaulting women, and Hillary Clinton’s email account. Just when we had given up hope, energy policy got over four minutes of stage time.

Although there was no direct question about climate change, one audience member asked how the candidate’s energy policies would meet the country’s energy needs in a way that doesn’t destroy the environment.

Trump declared affection for “alternative forms of energy, including wind, including solar,” but added “we need much more than wind and solar.” He went on to say: “There is a thing called clean coal … Coal will last for 1,000 years in this country.”

Clinton responded that she has “a comprehensive energy policy, but it really does include fighting climate change, because I do think that’s a serious problem.” She described making the United States a “21st century renewable energy superpower,” while also touting natural gas as a “bridge to alternative fuels.”

This is the third debate in a row (two presidential and one vice presidential) in which environmental issues have been marginalized. The conversation on climate in the first presidential debate amounted to just 82 seconds.