Clinton didn't wait for a moderator's question to attack Trump on climate. - Grist 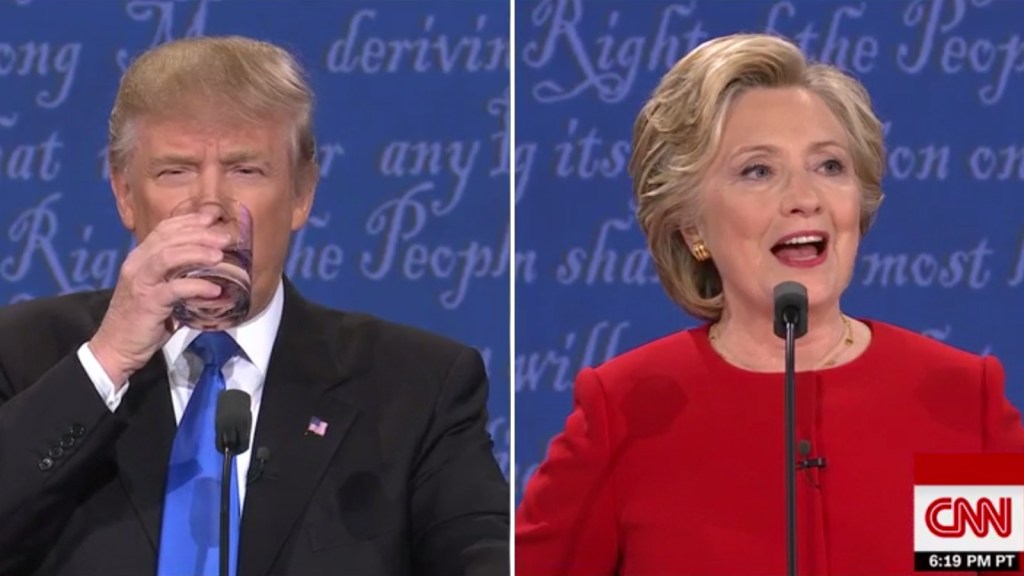 Clinton didn’t wait for a moderator’s question to attack Trump on climate.

In a discussion over how to bring industry jobs back to the United States during their first debate Monday night, Hillary Clinton found an opportunity to go after Donald Trump’s remarks on climate change — a departure from 2012 when candidates preferred to avoid the issue entirely.

“Some country is going to be the clean energy superpower of the 21st century,” Clinton said. “Donald thinks that climate change is a hoax perpetrated by the Chinese. I think it’s real.”

Trump intervened: “I did not. I do not say that.” (He did; Twitter never forgets.)

Clinton continued: “Scientists say it’s real, and I think it’s important that we grip this and deal with it both at home and abroad. And here’s what we can do: We can deploy half a billion more solar panels. We can have enough clean energy to power every home. We can build a new, modern electric grid. That’s a lot of jobs.”

Trump, rather than expand on his climate views, responded that Clinton “talks about solar power. Invested in a solar company, our country — was a disaster.” That was an oblique reference to Solyndra, a company that earned loans from an Energy Department program, and went bankrupt. But the program overall wound up turning a profit.

Rebecca Leber
California is betting $2 million that its traffic jams can generate electricity.
Twitter fell for a hoax that Trump’s camp deleted his Chinese hoax tweet.