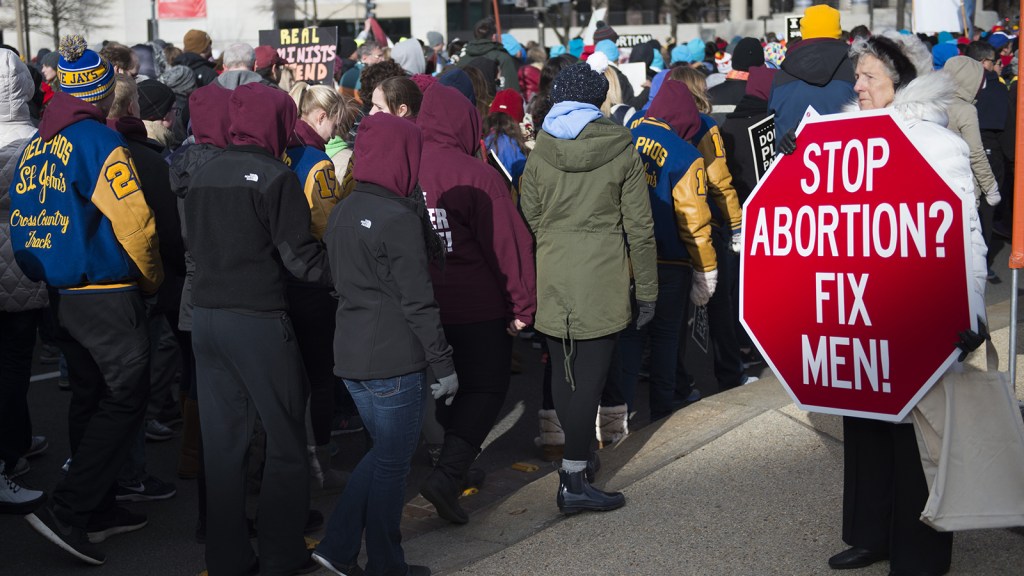 Today, the U.S. House of Representatives will vote on a bill that would ban abortions performed after 20 weeks — and potentially imprison doctors performing such procedures for up to five years.

This particular kind of anti-abortion legislation is likely unconstitutional and disproportionately affects women who are low-income and/or live in regions with limited access to abortion.

As Grist discussed in the aftermath of Hurricane Harvey, abortion access is itself an effective component of hurricane relief. Notably, the states that powerful hurricanes are most likely to strike are the ones with the fewest clinics.

President Trump expressed his support for the bill on the same day he muted San Juan’s mayor — who has been critical of the response to Hurricane Maria — during a call regarding relief efforts. (On Monday night, some House Republicans finally proposed including Puerto Rico aid in a bill funding a low-income children’s health insurance program, which Congress recently allowed to expire.)

Update: The abortion ban passed the House essentially along party lines and will now move to the Senate, where it is considered highly unlikely to succeed.

Eve Andrews
Devastated Dominica aims to climate-proof the country.
Here are the most baffling things Trump said on his visit to Puerto Rico.