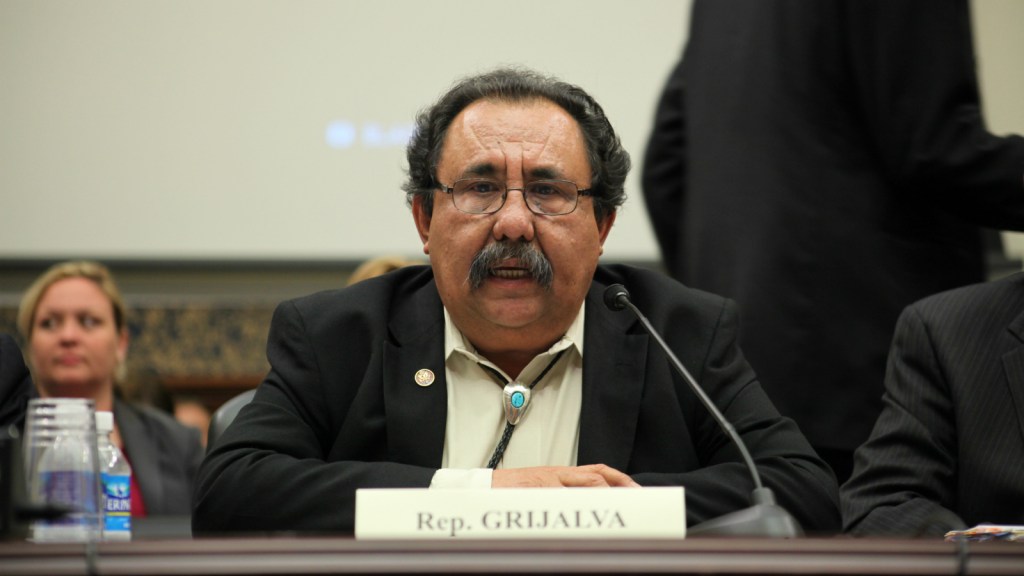 House Committee on Education and the Workforce

Each year, the League of Conservation Voters publishes its National Environmental Scorecard, which allows constituents to see how their representatives vote on environmental justice and public health issues. This week, it released its first-ever assessment focused solely on representatives and senators of color.

“Congressional members of color — for the most part — recognize the importance of environmental protections for their constituents and communities,” the report reads.

The report specifically praises the work of Arizona Democrat Rep. Raúl Grijalva, who submitted three pro-environment amendments to Congress in 2016. One of those sought increased protections for farmworkers from pesticide exposure — an issue that made news this month when several laborers in California were poisoned when wind blew the neurotoxin chlorpyrifos into a field where they were working. It didn’t pass.

Nikhil Swaminathan
Scott Pruitt is now offering lessons in the art of the burn.
A Syrian refugee camp got solar power for the first time.