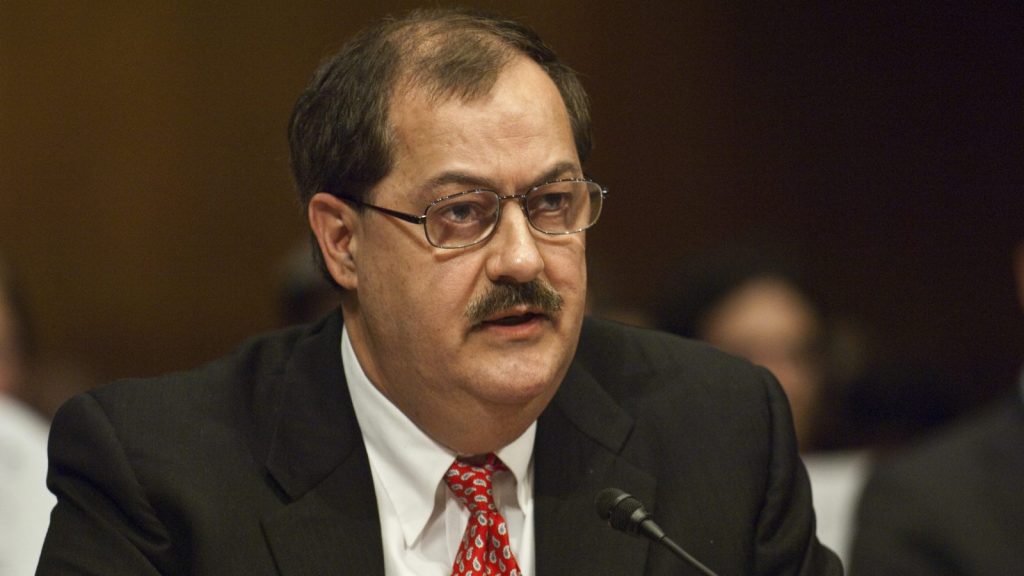 He was released from federal prison in May.

Blankenship filed Tuesday to run in West Virginia’s Republican primary. If he beats the competition, he could face Democratic Senator Joe Manchin in the general election.

Formerly the CEO of Massey Energy, Blankenship spent years advocating for the coal industry. A 2016 poll found he was the “most hated figure” in West Virginia. There’s good reason for that. In 2015, Blankenship was handed a one-year sentence for conspiring to break mine safety laws. His company’s lax standards led to the 2010 explosion at the Upper Big Branch Mine in Raleigh County, where 29 miners were killed.

Massey Energy has a long history of putting profits over the safety of its workers and the public. Hundreds of West Virginians sued the company in 2010 for pumping coal byproducts into abandoned mines, a practice that poisoned local waters with lead and arsenic.

So, did Blankenship’s time in the slammer help him see the error of his ways? Nope. The coal tycoon spent his days in prison writing a 67-page public notice in which he claims to be an “American political prisoner.” OK, buddy.

Zoya Teirstein
Not all coal workers at the Clean Power Plan hearing in West Virginia wanted it repealed.
The hellish 2017 hurricane season is officially over.