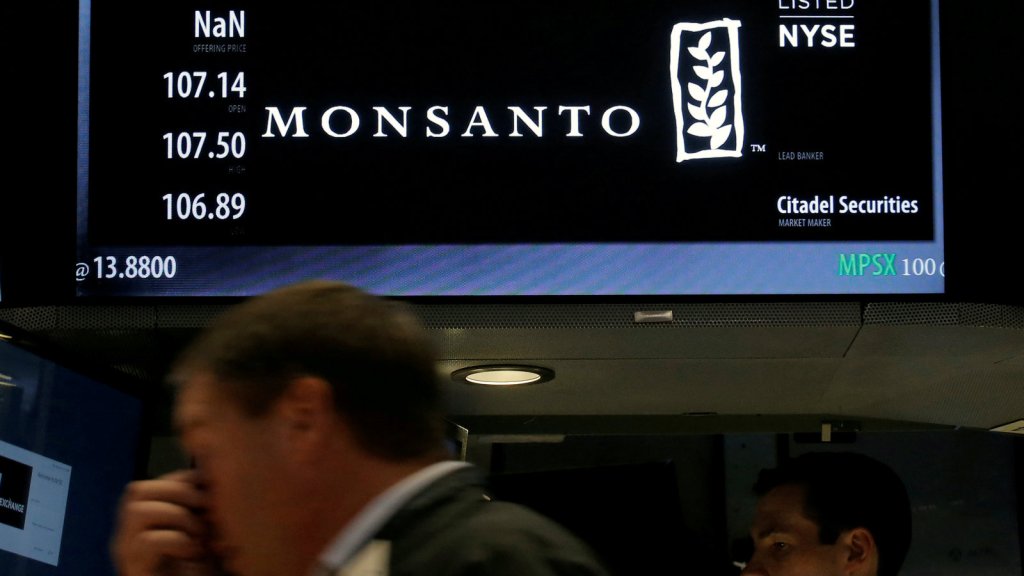 Corporate giant Bayer just made a deal to buy Monsanto.

The acquisition would consolidate control of seeds and pesticides, and give one company major clout in shaping food systems. It is the biggest of several pending ag mergers: Dow and DuPont are trying to pair up, as are Syngenta and ChemChina. Big fertilizer corporations Potash Corp. and Agrium also want to join forces.

But this widespread urge to merge has regulators on high alert. As of this writing, Monsanto’s stock price is way below (16 percent) the price that Bayer is paying, a sign that investors doubt regulators will allow the deal to go through. And if regulators do permit the deal, they will surely force the companies to sell off big chunks of the business in areas where mergers create near monopolies. For instance: together, Bayer and Monsanto sold 70 percent of the cottonseed in the United States last year. That kind of market dominance doesn’t just piss off anti-corporate lefties; it also pisses off farmers and Republican politicians who worry that it would drive up prices.

For our explanation of this bout of merger fever, read this.

Nathanael Johnson
Being a big fish in a small pond (or, uh, the ocean) could get you killed.
Police arrested another 22 people at the Dakota Access pipeline site.