Court says pipelines - not Exxon - are to blame for a major oil spill. - Grist 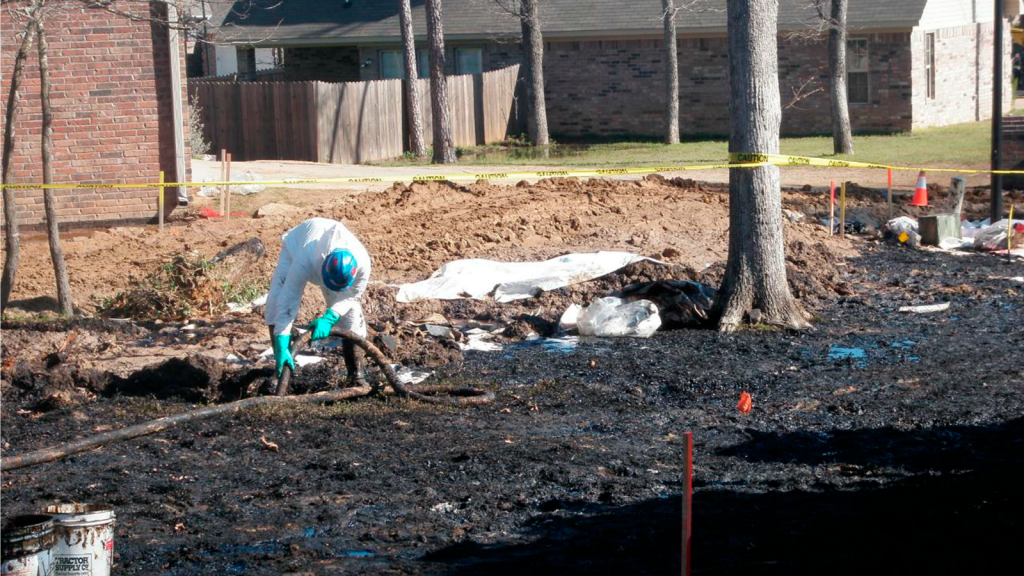 Court says pipelines — not Exxon — are to blame for a major oil spill.

ExxonMobil’s Pegasus Pipeline poured more than 200,000 gallons of heavy crude into a neighborhood in Mayflower, Arkansas, in 2013. Twenty-two homes had to be evacuated, and in the aftermath, hundreds of residents complained of nausea, nosebleeds, and respiratory problems.

In 2015, the EPA fined Exxon more than $4 million in penalties over the spill. Separately, a federal pipeline regulator accused the company of violating safety standards and imposed an additional $2 million in fines.

Exxon disputed those punitive damages, arguing that it met legal obligations. On Monday, an appeals court overturned a majority of the violations and fines. According to its decision: “The unfortunate fact of the matter is that, despite adherence to safety guidelines and regulations, oil spills still do occur.”

Exxon, however, was aware of issues with this particular pipeline prior to the Mayflower incident, and an argument can be made that it should have done a better job of planning for an accident. The pipeline was 70 years old at the time of the spill, and Exxon knew it was prone to cracking along its seams. (Pegasus had split open or leaked nearly a dozen times before.)

But you know what they say, “Pipelines will be pipelines.”

Kate Yoder
The world’s largest volcanic region was just discovered in Antarctica.
California scientists are calling for the largest U.S. investment in climate research in years.