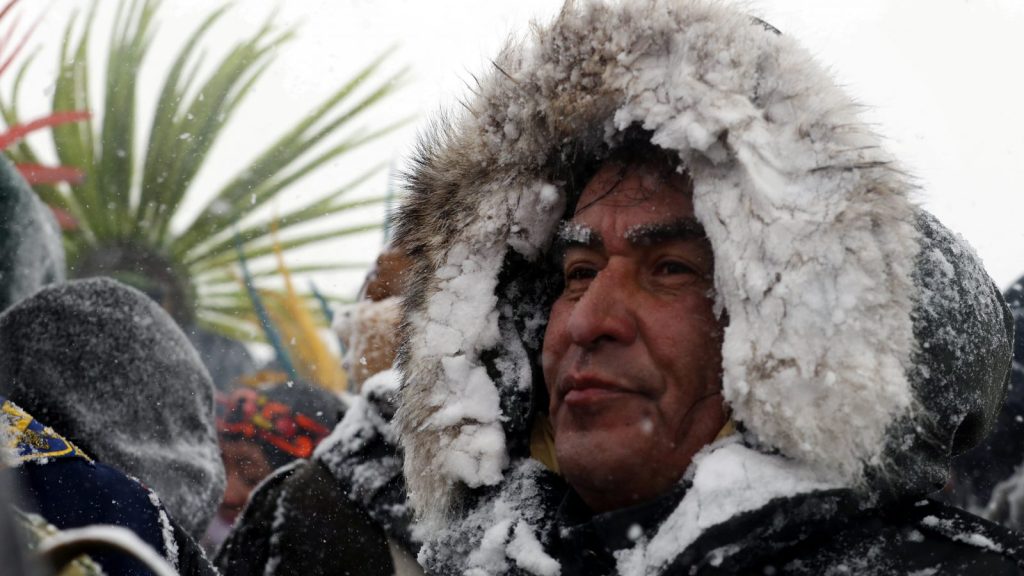 Days after the Army Corps of Engineers declined to grant Energy Transfer Partners a key permit to complete the controversial pipeline near the Standing Rock Sioux reservation, the company has asked a federal judge to step in.

A motion filed in a Washington, D.C., district court on Monday requests a summary judgment nullifying the Army Corps’ decision. The company also alleges that the Standing Rock Sioux and their supporters have engaged in “an escalating campaign of violence and disorder” during the protests against the pipeline. The tribe fears the pipeline could contaminate their water supply and disturb sacred burial grounds.

A lawyer for the Standing Rock Sioux called the filing a “distraction,” but a hearing is scheduled for Friday.

Meanwhile in North Dakota, Standing Rock Sioux Chair Dave Archambault II asked protestors to go home as blizzard conditions blanketed the area. “While this phase of the struggle relied largely on the protectors at camp,” he said, “this next stage will be focused on the legal battles, and keeping the current decision in place.”

Katie Herzog
There’s a new dystopian show to channel all your real-life fears.
Just what we need: A science denier in charge of the NASA transition.