Grist on the ground 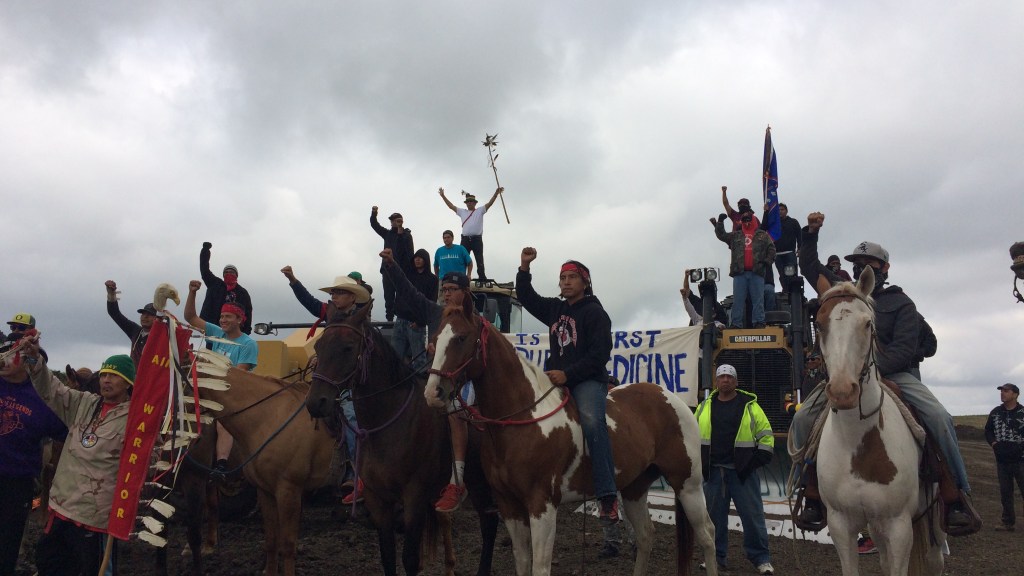 This weekend, tensions over the pipeline in North Dakota escalated into violence for the first time since protesters camped next to the western banks of the Missouri River weeks ago.

Nataanii Means, a Navajo-Lakota-Omaha rapper from New Mexico, captured video of the scene.

All told, more than 30 protesters and bystanders were sprayed and six people were bitten by dogs, the Associated Press reports. Four private security guards and two attack dogs were also injured.

The clash came less than a day after Standing Rock filed a federal court request for an emergency restraining order to halt construction.

Researchers brought in to survey the construction site found “significant cultural and historical value,” in the ancient artifacts and burials in the area. One of those sites ended up destroyed before the standoff Saturday.

Standing Rock’s pending lawsuit against Army Corps of Engineers, which supervised Dakota Access’s permitting process, claims that the tribe wasn’t given time to determine whether construction would violate the National Historic Preservation Act.

If the tribe gets its injunction in court, it would delay the pipeline’s construction to allow for more thorough environmental reviews.

But there are dozens of constructions sites for the pipeline, and work hasn’t stopped yet. Neither have the protesters, who chained themselves to two sites on Tuesday.