DAPL developer picks up the tab for North Dakota’s policing costs - and it ain’t cheap. - Grist 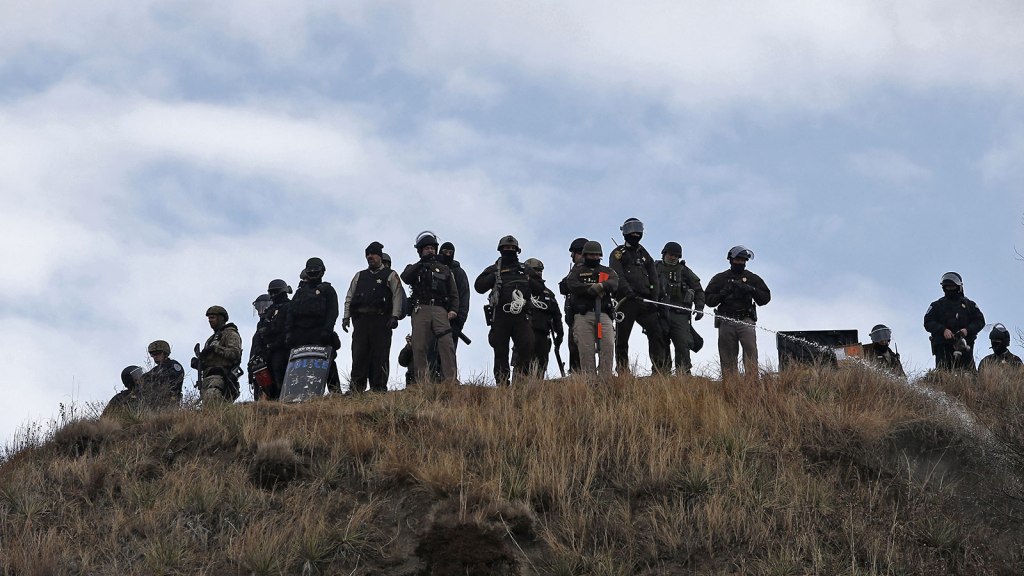 DAPL developer picks up the tab for North Dakota’s policing costs — and it ain’t cheap.

The funds will help alleviate the more than $22 million in personnel costs (including overtime and salaries) North Dakota accrued while sending police to the indigenous-led action. Add that to the $10 million grant the Justice Department awarded to the state Monday.

While the anti-DAPL movement was largely nonviolent, Energy Transfer Partners went to great lengths to protect its construction efforts — even hiring private paramilitary security firm TigerSwan to conduct surveillance on those who gathered to protest the pipeline. Documents separately obtained by Grist and The Intercept detailed the questionable methods TigerSwan took to monitor the camps and individual protestors, labeling many of those opposed to the project “jihadists.”

After spending millions of dollars on a militarized law enforcement presence that resulted in more than 700 arrests, Energy Transfer Partners filed an over-the-top complaint in court last month against several environmental nonprofits, accusing them of “eco-terrorism.” Meanwhile, the Standing Rock Sioux, who led the anti-DAPL protests (but were not a named party to the new lawsuit), voted out their previous leader, Dave Archambault, the tribe revealed Thursday.