Deforestation in the Brazilian Amazon increased by a whopping 29 percent this year — but there’s a way to slow it. - Grist 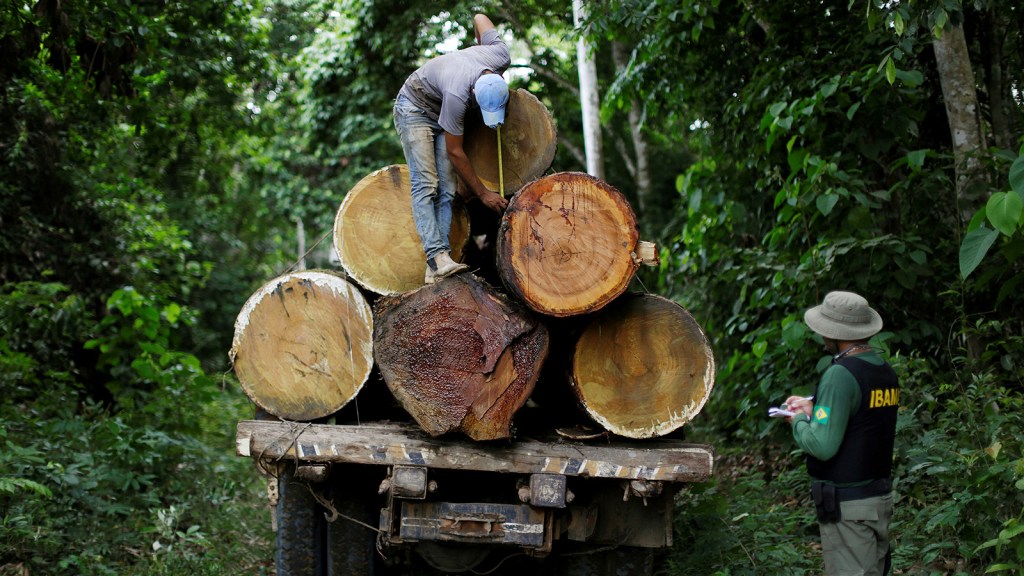 Deforestation in the Brazilian Amazon increased by a whopping 29 percent this year — but there’s a way to slow it.

According to satellite imagery, loggers depleted 3,000 square miles of the Amazon from August 2015 to July 2016.

That may be partially attributable to funding cuts that have hamstrung the government agency responsible for monitoring illegal logging. In 2004, Brazil created policies to decrease deforestation that seemed to be working until about two years ago, when, according to Greenpeace, lax enforcement of fines and abandoned protected areas from 2012 to 2015 led to a surge in logging.

Fortunately there’s a solution — one that indigenous people have advocated for in years of U.N. climate talks. An October analysis from the World Resources Institute shows that lands managed by indigenous groups had deforestation rates 2 to 3 times lower than other areas in Brazil, Colombia, and Bolivia. The same report listed over $523 billion in economic benefits that could come from securing indigenous land rights.

But land rights for indigenous groups, though set out in Brazil’s 1988 constitution, are often not respected — not unlike the situation surrounding the Dakota Access Pipeline in the U.S.

For now, deforestation accounts for 69 percent of Brazil’s greenhouse gas emissions. Reducing that percentage is essential for Brazil to meet its Paris Agreement commitments.

Emma Foehringer Merchant
The Great Barrier Reef is still dying, still refuses to die.
Our government is now getting its science news from science-denying Breitbart.