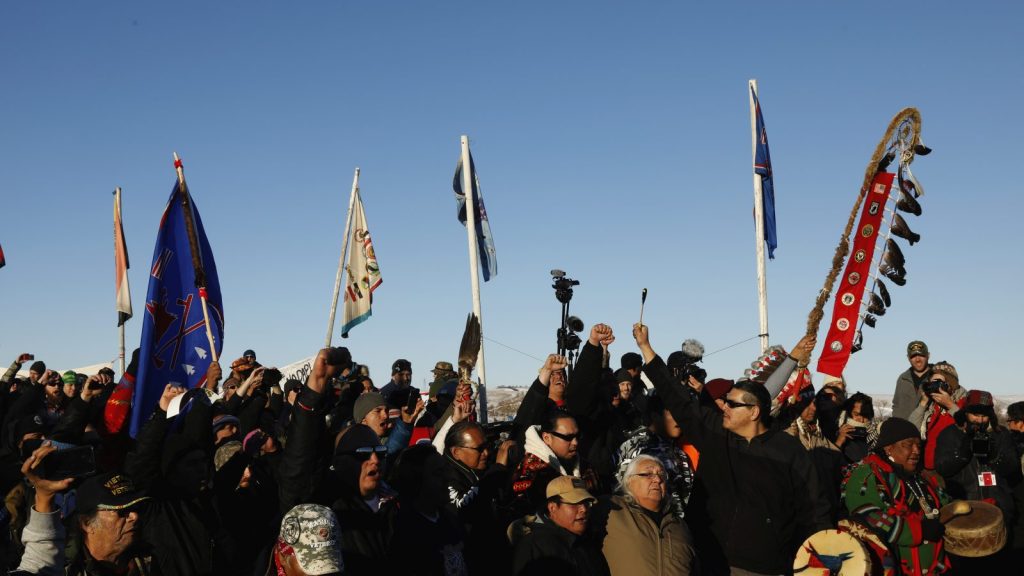 Protestors fighting the Dakota Access Pipeline celebrated Sunday after the Army Corps of Engineers announced that it will conduct an Environmental Impact Statement to weigh the pros and cons of alternative routes to the controversial Lake Oahe crossing — one that endangered the tribe’s ancestral land and water.

Energy Transfer Partners proposed another route in its initial proposal, and the Corps suggested in a memo that it will have to take a closer look at it again.

While an alternative route may address some concerns raised by the Standing Rock Sioux — for instance, that the pipeline would disturb sacred burial sites — it will still likely cross the Missouri River, where a pipeline leak could endanger the water supply of millions living downstream. The yellow line shows the alternative that was abandoned early on by the company:

“Crossings of the Missouri River have the potential to affect the primary source of drinking water for much of North Dakota, South Dakota, and Tribal nations,” an EPA official wrote in March.

Energy Transfer Partners, for its part, is not giving up on the original route. In a statement released Sunday night, the company, along with its parent company Sunoco, said it has no intention to reroute the planned pipeline.

Donald Trump has said he supports the pipeline, although a spokesperson said Monday that Trump will wait until taking office to make a final decision.

Katie Herzog
There’s a battle over indigenous resources in Alaska, and you helped us investigate it.
The muck beneath our feet could be our destruction, or our salvation.