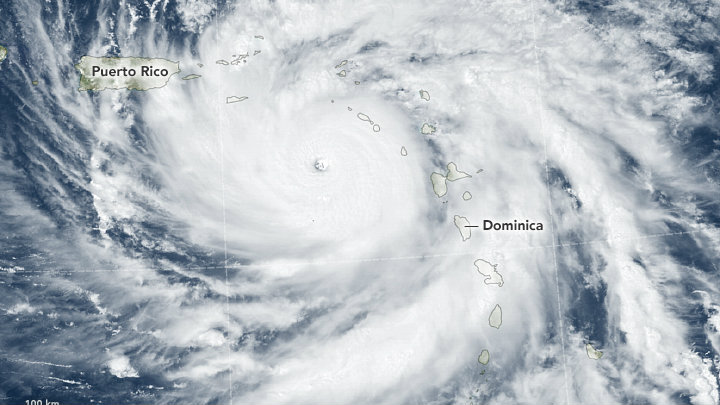 Maria killed at least 27 people on Dominica. A majority of a population of roughly 74,000 are now homeless. Streets are choked with shattered trees, and every piece of infrastructure is damaged. What’s more, it’s all bound to happen again in years to come: Dominica is part of a string of islands at the edge of the Caribbean that forms the first speed bump for hurricanes heading west.

What to do? Skerrit has a vision of Dominica as the first climate-resilient country. For now, that means asking for the money so that the island doesn’t just rebuild “on old vulnerabilities,” as he put it in a press release. “The World Bank and European Development Agency have pledged considerable sums to back our vision as the first Climate Resilient nation of the climate change era,” Skerrit said.

Dominica has also set up a website to solicit donations from companies and individuals.