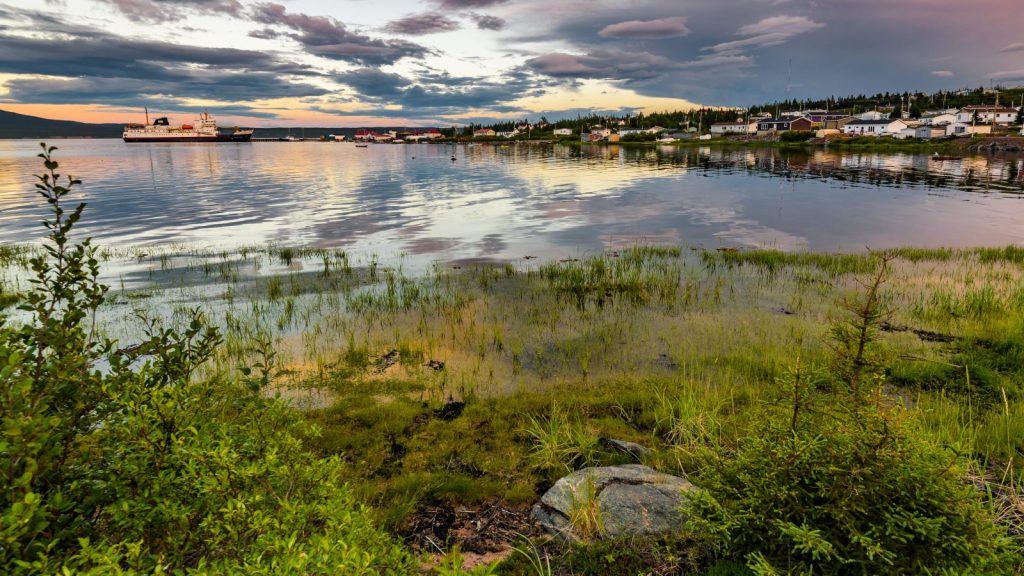 The town of Rigolet, in remote Newfoundland, has its own app — it’s called eNuk.

The app collects reports and photos from users. Among other things, it tracks the climate conditions that can make travel on thinning sea ice highways and hunting paths dangerous for residents. (The Arctic is warming at an alarming rate, and disappearing sea ice imperils traditional knowledge and lifestyles.)

But the app doesn’t work very well without internet, and that is a slow and sparse commodity in Rigolet, as Motherboard reports. That’s why Vancouver-based company RightMesh is rigging up an alternative.

It uses something called “mesh networking,” a decentralized way to extend internet access into far-flung regions by turning every receiver (your computer or smartphone) into a transmitter (connecting to other computers). Put enough devices together in one place and, voilà, you have a mini-internet.

RightMesh has other bells and whistles — blockchain! broadband trading! — but basically it’s getting the internet to places where big ISPs haven’t gotten much foothold. And that makes it a lot easier to share information in uncertain times.