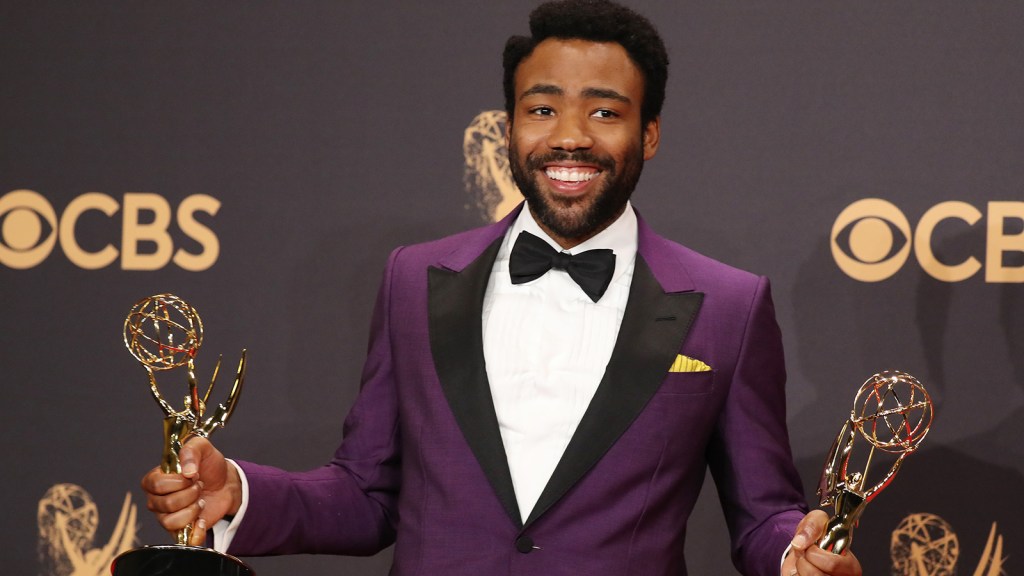 The show earned high praise when it premiered last year for its portrayal of a young black man living in one of America’s most sprawling cities, and it just won new accolades on Sunday.

The show follows Earn Marks, played by Glover, who suffers through slow bus rides and long walks on streets without sidewalks — a common but overlooked reality for many in Atlanta’s suburbs. The show’s genre-bending episodes move effortlessly from atmospheric realism to astute political comedy to something altogether more surreal (Glover once said that he wanted to make “‘Twin Peaks’ with rappers”).

By the end of the Emmy awards ceremony — which also featured a chorus line of Handmaids and an uncomfortable Sean Spicer cameo —  Glover came away with two wins out of four nominations for Atlanta’s acclaimed first season: Best Lead Actor in a Comedy and Outstanding Directing in a Comedy. Glover is the first African-American to win an Emmy in directing, a politically relevant fact he seemed to nod at in his acceptance speech.

“I want to thank Trump for making black people No. 1 on the most oppressed list,” Donald Glover said. “He’s the reason I’m probably up here.”

Amelia Urry
ExxonMobil and Chevron are some of the most influential climate lobbyists. Yikes.
World hunger rises after decades of decline.