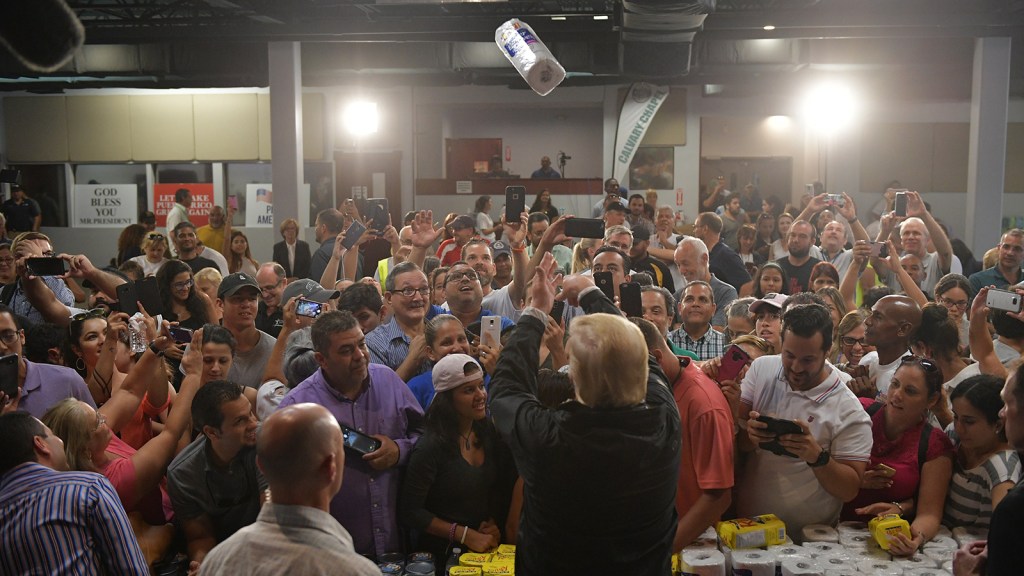 While we’re all talking about IQ tests, here’s a math problem: Imagine you’re a tree with 56 apples to take care of. One day, a massive storm comes and knocks out about four of those apples. They’re all on the ground now, kind of smushed.

But one of those apples didn’t have the same advantages as the other ones — too many pesticides growing up, let’s say — and it’s extra-smushed. It is also $74 billion in debt. (You may ask: Who loaned an apple $74 billion? Hedge funds have long embraced predatory lending practices, but that’s a math problem for another time.)

Anyway — as the tree, it’s your job to get those apples back in shape. You decide to allocate $36.5 billion in fallen-apple assistance. But only $5 billion specifically goes to that extra-smushed, indebted apple, and then that apple has to pay it back. It has to share about $14 billion with the other less-indebted and -smushed apples.

Surprise! This isn’t really a math problem — it’s an ethics problem. The tree is the United States government, the apples are all of its states and territories, the smushed apples are Florida, Texas, and the U.S. Virgin Islands, and the extra-smushed apple is Puerto Rico. Donald Trump’s self-lauded aid plan for the ailing and indebted territory is a loan.