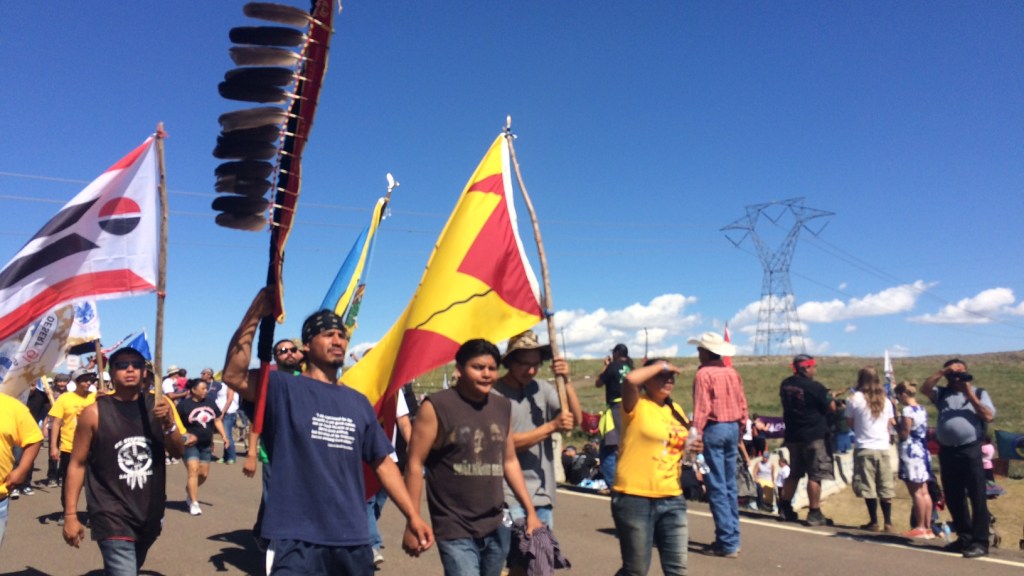 The 37 arrests in Iowa and North Dakota came during non-violent direct actions on Wednesday.

A historic alliance of farmers, landowners, environmentalists and more than 100 Native American tribes are behind the resistance to the Dakota Access pipeline. In recent weeks, the center of resistance has been a campground on the western banks of the Missouri River, just steps away from the border of the Standing Rock Sioux Reservation. Hundreds flocked to the site near Cannon Ball, N.D., pledging to block the pipeline from entering the water.

Seven of the arrests happened at a construction site about 30 miles away from the campground. Donnell Preskey, a spokesperson for the Morton County Sheriff’s Department, said that their office received a call at 7:30 a.m. About 50 activists had entered a construction site, and two men tied themselves to construction equipment. They and five others were arrested.

In Iowa, 30 protesters were arrested after they formed a human chain at a construction staging site in Boone. More than 100 people attended the protest.

On Wednesday, organizers at the Sacred Stone and Red Warrior camps in North Dakota released a global call to action for Sept. 3-17.

Xian Chiang-Waren
Heads up, Catholics: Pope Francis says caring for the environment is your Christian duty.
It’s like Uber, but for public transit. Also, it is Uber.