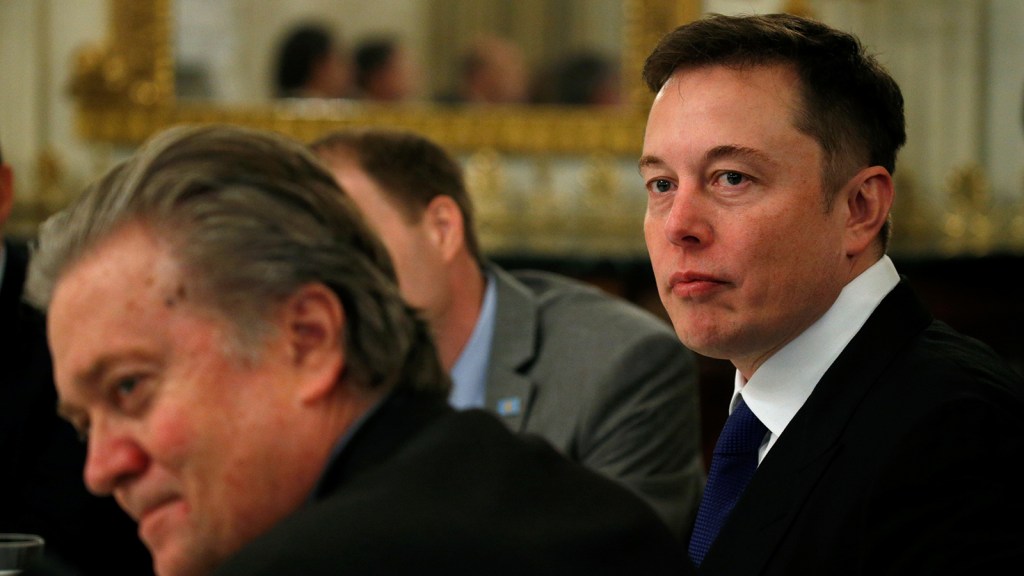 In the weeks leading up to the 45th president’s gameshow-style verdict on whether the U.S. would continue to be a part of the landmark climate accord, many famous people tried to sway the famously approval-hungry Trump.

One of those people was Musk, Tesla founder and would-be Mars colonist, who said he would have “no choice” but to leave the presidential councils on which he sits if Trump were to pull out of the accord.

So when Trump kept his word, Musk kept his, too.

Am departing presidential councils. Climate change is real. Leaving Paris is not good for America or the world.

The electric vehicle- and solar-entrepreneur leaves positions on both Trump’s economic advisory board and his manufacturing jobs initiative, where he reportedly tried to lobby for a carbon tax, according to Business Insider.

While Trump’s announcement contained a lot of vague talk about the importance of the American economy, titans of industry — including those as diametrically opposed as Musk and ExxonMobil — are making it increasingly clear that dealing with climate change is a necessary part of future wealth, for America and the rest of the world. Too bad Trump didn’t listen to any them.

Amelia Urry
A crucial crack in an Antarctic ice sheet grew 11 miles in only 6 days.
These states, cities, and companies are going to support the Paris Agreement without Trump.