Environmentalists are raising the pressure on Obama over Dakota Access. - Grist 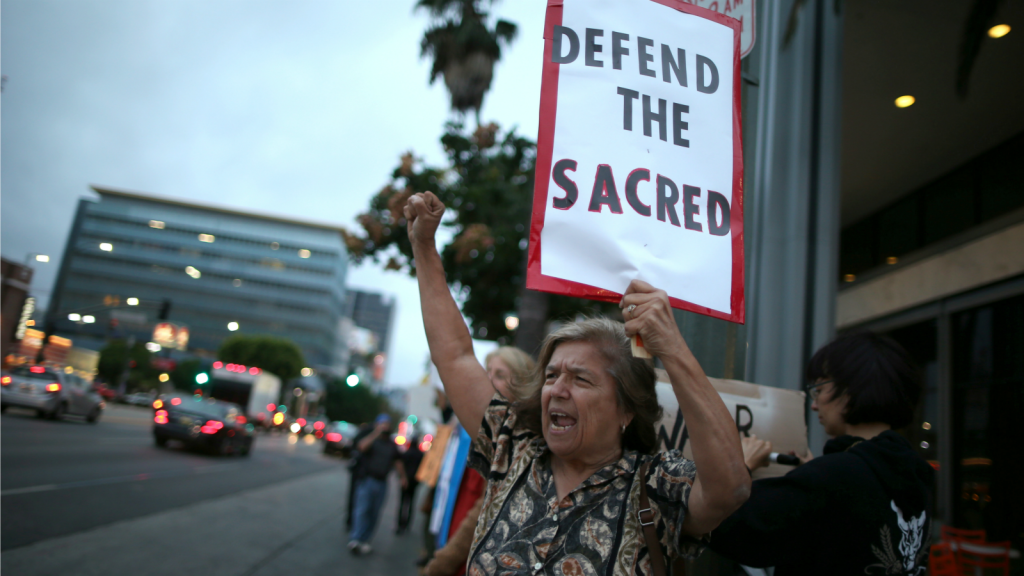 Environmentalists are raising the pressure on Obama over Dakota Access.

Responding to the mass arrests of protesters last week, Greenpeace called on President Obama to “revoke all permits and halt construction of the pipeline,” send Justice Department observers to protect the civil rights of protesters, and order North Dakota Gov. Jack Dalrymple to remove the National Guard from protest encampments along the pipeline’s planned route.

The issue is now resonating beyond the environmental movement. CREDO Action, a progressive advocacy network, has gathered 386,000 signatures for a petition telling Obama to stop the project and 184,000 signatures on their petition asking Obama to prevent Gov. Dalrymple’s suppression of Native American pipeline opponents.

The push to stop the pipeline is likely to intensify after the election. On Nov. 15, CREDO will join with anti-fossil fuel and environmental justice organizations such as 350.org and the Indigenous Environmental Network for a day of action at Army Corps of Engineers offices around the country.

Protesters from Standing Rock have recently begun taking their demands directly to Hillary Clinton, who has avoided taking a position for or against the pipeline.

Read Grist’s previous coverage of the fight over the proposed pipeline.

Ben Adler
A big earthquake hit Oklahoma’s oil hub, and the oil industry likely has itself to blame.
The Koch brothers and their buddies are trying to kill a carbon-tax ballot initiative in Washington state.