EPA cutbacks are real, and they're here. - Grist 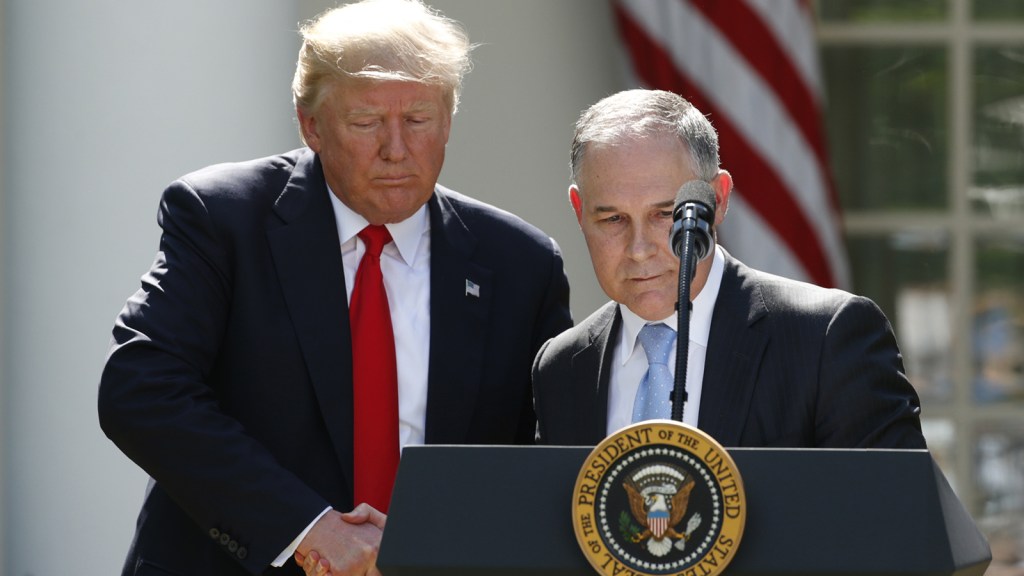 In seemingly choreographed lockstep with President Trump’s revelation that the U.S. would exit the Paris Agreement, the Environmental Protection Agency announced on Thursday a buyout program to begin the process of cutting its staffing levels.

According to an internal memo from Acting Deputy Administrator Mike Flynn (not that Mike Flynn), the EPA’s offer encourages “voluntary separations” that would cause “minimal disruption to the workforce.”

The workforce was plenty disrupted, however, by the budget proffered earlier this year by the Trump administration. It basically suggests taking a blowtorch to the agency — proposing a 31 percent budget cut and the elimination of 3,200 out of the EPA’s 15,000 jobs.

The proposed buyout will cost $12 million, and will first have to be approved by the Office of Management and Budget. The agency hopes to complete the cuts by September.

If approved, the buyouts may be popular. After Trump was elected, some EPA career staff cried, others set up rogue Twitter accounts, some quit, and others just waited anxiously for what would come next. Now we know: The newly arrived EPA honchos are sharpening their knives.

Emma Foehringer Merchant
These states, cities, and companies are going to support the Paris Agreement without Trump.
As far as these states are concerned, the Paris climate agreement is still on.