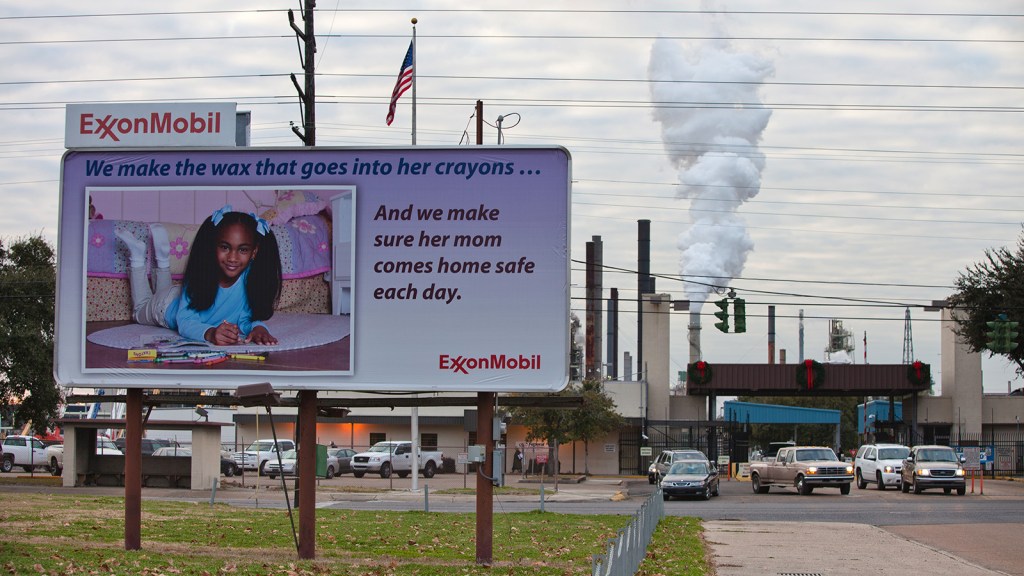 The civil settlement comes after allegations that eight of its chemical plants in Texas and Louisiana violated the Clean Air Act by releasing excess emissions.

Those pollutants include volatile organic compounds that can cause asthma, leukemia, and adverse reproductive health effects in people who are chronically exposed. In addition to the civil settlement, Exxon must spend $300 million to retrofit its Gulf Coast plants to pollute less.

“Exxon has been breaking the law and polluting our air for too long,” Environment Texas Director Luke Metzger said in a statement applauding the announcement.

Beaumont, Texas, residents first filed a complaint to the EPA 17 years ago, charging environmental racism because the neighborhood next to the facility was 95 percent African American. People there face cancer risk from air pollution that is 54 times higher than the national average, according to EPA data. An investigation by the Intercept found black residents in that county experience cancer-death rates significantly higher compared to state and national rates.

While the EPA has touted the settlement as proof that the Trump administration is serious about enforcing environmental laws, advocates say the civil settlement doesn’t go far enough to hold Exxon accountable for years of harm.

Justine Calma
The U.N. has good news and bad news about the Paris Agreement.
The Clean Power Plan’s health benefits are better than ever, Trump’s EPA discovers.