Every year, more cows are milked by robots. - Grist

Moove along, nothing to see here 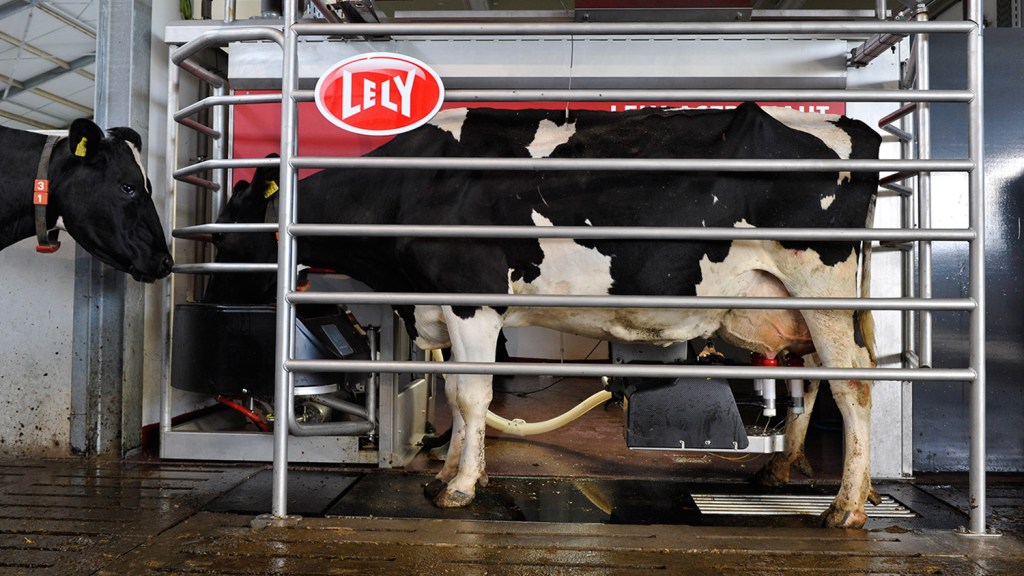 Every year, more cows are milked by robots.

The machines used to be cumbersome and prone to failure, but the newer models really work. They feed cows, milk them, clean them, and carefully monitor their health. According to Bloomberg, robots are staged to surge into dairies in coming years.

It’s part of a larger trend of automation across farm country, which could go into overdrive if President Trump continues deporting people living in the United States without papers. Farms have long relied on immigrants working for lower wages than citizens, who enjoy greater protection under labor laws.

A few years ago, I weighed the pros and cons of mechanized dairies. To put it bluntly, using robots is better than exploiting workers. But even though the jobs these robots take are really crappy, that means that money flowing to poor people will be diverted to robotics companies instead.

Robots could help small and mid-sized family dairies compete by cutting labor costs. On the other hand, automation could further depopulate rural towns.

In sum, robotic dairies mean that farmers will be working less with their hands and more with their heads.

Nathanael Johnson
Here’s the State of the Union address you didn’t hear about.
New York to EPA: Get a lawyer. Again.