Ex-EPA staffers made a how-to for resisting Trump’s agenda. - Grist 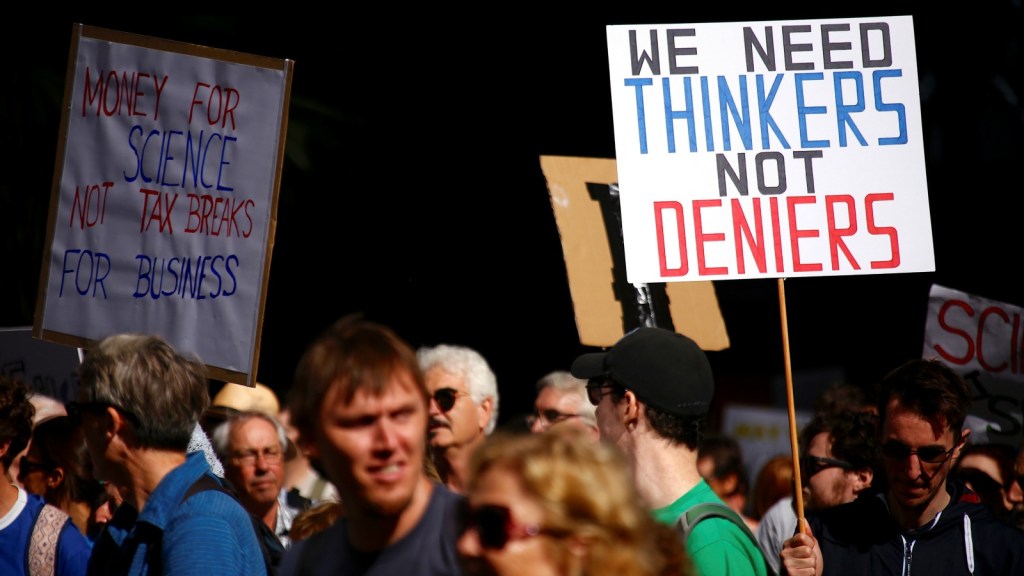 Ex-EPA staffers made a how-to for resisting Trump’s agenda.

“A Practical Guide for Resisting the Trump De-Regulatory Agenda,” created by Save EPA, a group of former EPA employees based in Denver, is a green take on Indivisible’s guide to holding Congress accountable.

Did you know that the Trump administration rolled back 23 environmental rules in its first 100 days alone? The effort, as the New York Times reports, is happening largely out of public view.

The agency is considering undoing protections for wetlands and limits on methane emissions from the oil industry. It’s also reportedly drafting a scheme to repeal or revise a Clean Power Plan rule that cuts CO2 emissions from power plants.

“We really do believe firmly that [the deregulations] aren’t popular,” Ellen Kurlansky, an ex-EPA employee of 29 years who worked on the guide, told Grist.

She says that participating in the rule-making process, like commenting on proposals and testifying in public hearings, is great and all, but the message needs to get out via social media and the press.

Kurlansky needed a change and left the EPA in January for reasons unrelated to the Trump administration. “But then when I saw what was happening,” she says, “I just felt like I couldn’t walk away from these issues.”

Kate Yoder
The House says the military should be thinking about climate change.
Rising seas could force a large-scale retreat from U.S. shores within decades.