ExxonMobil could reap as much as $1 trillion under Trump, report says. - Grist 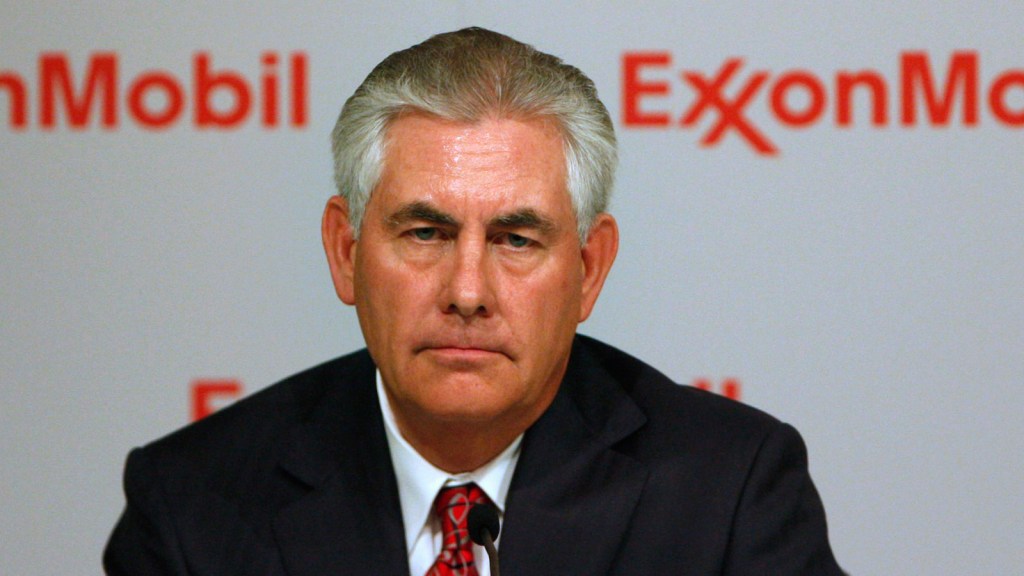 ExxonMobil could reap as much as $1 trillion under Trump, report says.

The Center for American Progress, a liberal think tank, released a report Tuesday morning that adds up the many ways in which the incoming Trump administration could enrich the world’s largest oil company.

The report comes a day before Rex Tillerson, Exxon’s former CEO, starts his nomination hearing to be President-elect Trump’s secretary of state.

In that role, Tillerson could do a lot for his former employer. The oil giant has massive holdings in foreign oil reserves and remains one of the biggest investors in the Canadian tar sands, with rights worth around $277 billion at current prices.

As it happens, the State Department is responsible for approving the fossil fuel infrastructure that could bring Canadian tar sands oil to the U.S. market. Remember the Keystone XL pipeline? It could come back from the dead and get approved by Tillerson.

Tillerson could also undo sanctions on Russia that have blocked Exxon’s projects there, including a deal with Rosneft, the Russian state oil company, worth roughly $500 billion.

And then there are the Trump administration’s domestic plans to lift every restriction on extracting oil from public lands and offshore. The CAP report also figures that Trump’s Department of Justice is unlikely to investigate Exxon’s effort to mislead the public about climate change. Tally all the benefits and you get nearly $1 trillion.

So who was the biggest winner of the November election? According to the CAP report, ExxonMobil.

Ben Adler
A massive gas-price hike in Mexico is leading to frustration, violence, and death.
Jeff Sessions has deep ties to a big electric utility, and that could create major conflicts of interest.