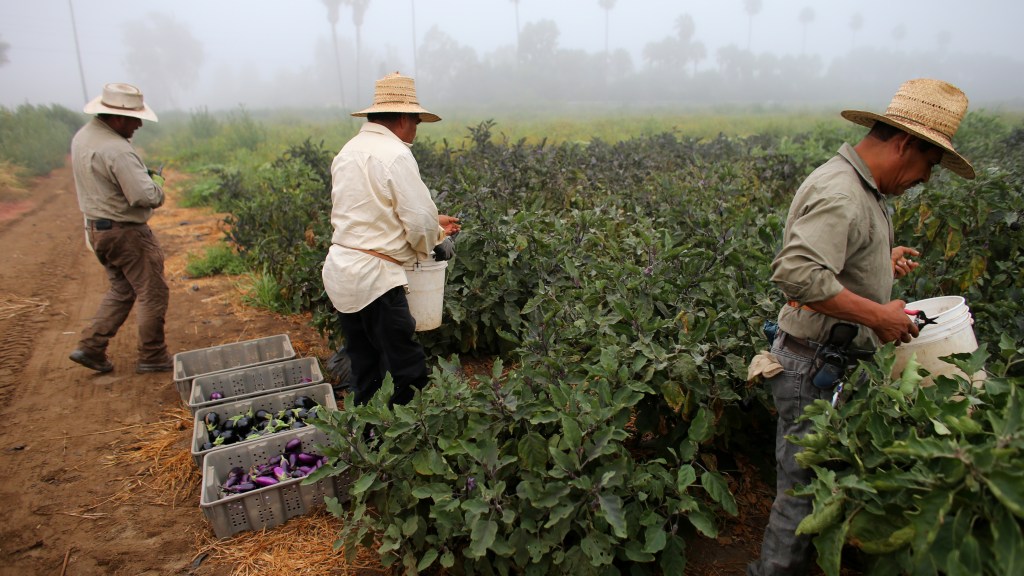 The United Farm Workers and several other Latino and migrant health, environmental, and civil rights groups are calling for the Environmental Protection Agency to immediately ban chlorpyrifos, an insect killer that can cause serious damage to human health.

The EPA is already considering whether to revoke the use of chlorpyrifos. It’s asked for an extension in order to complete its research. The petition points out risks to pregnant farmworkers and their children and concerns over underreporting.

“Many pesticide poisonings go unreported due to a number of factors, including workers fearing job loss, lack of medical care, and language barriers,” says Hector E. Sanchez, who leads the Labor Council for Latin American Advancement.

The petition was filed to the EPA on Wednesday. The agency has until November to issue a status report, and will make a final decision by March 31, 2017.

Aura Bogado
Grass-fed beef sales jumped 40 percent in 2015.
Big business is diving into the fight over the Dakota Access Pipeline.